Lowery an inspiration to others 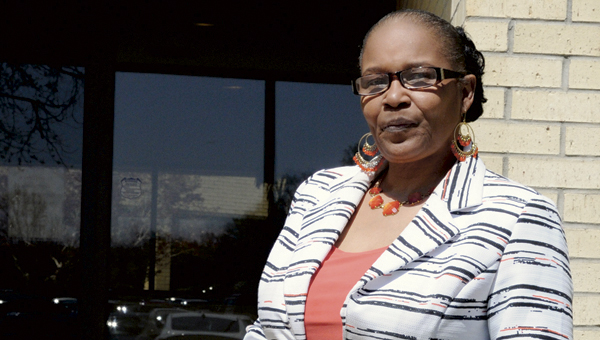 Lynda Blackmon Lowery has proven she is a survivor through the years. Lowery has survived cervical and colon cancer in addition to harsh chemotherapy treatments. -- Desiree Taylor

Lynda Blackmon Lowery was only 14 when the vicious sting of a deputy’s billy club struck her across the face and nape of her head on that historical Sunday. Lowery had no idea she would be a part of history.

March 7, 1965 or “Bloody Sunday,” when Alabama State Troopers and local law enforcement surrounded hundreds of marchers and used brutality against them in an attempt to block demonstration efforts, Lowery was beaten and dragged backwards across the Edmund Pettus Bridge through the chaos and clouds of tear gas.

“I was confused, scared and couldn’t breathe,” said Lowery, who was also the youngest person to participate in the Selma-to-Montgomery march. “I didn’t even realize I had been beaten or was bleeding badly. I received seven stitches over my right eye and 28 stitches in the back of my head. My scars are my badge of determination.”

A determined and happy-go-lucky Lowery grew up in Selma with three siblings. When Lowery was 7, her mother died during childbirth and her father remained a widower.

In the early 1970s Lowery faced another challenge that would test her determination. Lowery was in her early 20s and was attending Tuskegee Institute (now Tuskegee University) when her father became seriously ill and doctors later gave him grave news.

“I was 21 at the time when doctors told me my dad had one to six months to live,” Lowery said. “He lived for five months and died of brain cancer. It was a big burden on me because I was the eldest. Those were the longest five months of my life.”

Twelve years later, at the age of 33, Lowery was living in New York. She received news from doctors that she thought was a death sentence.

“I was diagnosed with cervical cancer,” Lowery said. “My father had died of cancer and it was later assumed by doctors that my mother had really died of cancer as well. I had been having irregular and painful periods before. I had to have a hysterectomy.”

Nine months later, after six months of radiation and being allergic to chemotherapy, Lowery’s cancer went into remission.

“I almost died from the chemo,” Lowery said. “I’m a blessed and a highly favored child of God.”

In the late 1980s, while back in Alabama, Lowery discovered more life-changing news. Doctors found a growth on the outside of her colon and diagnosed it as colon cancer.

“Before I had gone to the doctor that day, my mother had come to me in a dream singing,” Lowery said. “The first thing that came out of my mouth when the doctor told me my diagnosis was ‘thank you Father’ for preparing me.”

Lowery has seen much pain and triumph in her 60 years of life. From seeing and defeating cancer for a combined 47 years, being thrown into jail and receiving “battle wounds” for protesting for African-American voting rights, Lowery gives complete thanks to God and her loved ones for her life, health and strength.

“It’s good to have family and friends that care for you, will pray with you and cry with you,” Lowery said. “God has handled this thing for me for 21 years.

“Sometimes God has to get our attention and I believe my cancer was God getting my attention again so I could do what I was supposed to do,” Lowery said. “He had to bring me to this point so I could help someone else and all I do is tell others what God has done for me.”

Lowery has been a senior case manager for more than 23 years at Cahaba Mental Health Center. She has been married to her childhood sweetheart Collie for 23 years and has two daughters, Danita and Bonita, and three grandchildren.

The old Kenan Mill site will be one of the stops on this year’s paranormal investigation during Pilgrimage: -- Rick... read more