Jan Parker is a survivor of cancer 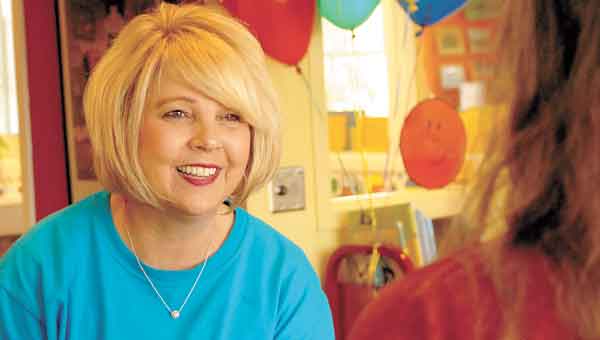 Jan Parker talks about life with and after breast cancer. -- Tim Reeves photo

The first time Jan Parker did a self-breast exam she found a lump.

But after appointments with doctors, who ordered mammograms and ultrasounds from November 2001 until the beginning of 2002, Parker was diagnosed with breast cancer.

Doctors found a 2.7-centimeter lump, which was not present at her annual checkup, which was held just a month prior.

In her gut, Parker knew the lump was breast cancer even before the diagnosis.

“I was scared to death,” Parker said. “I knew exactly what is was. It was like I just knew, there was not doubt.”

When the ultrasound technician called for the radiologist at her ultrasound appointment, Parker feared her instincts were correct.

“That really scared me,” Parker said. “First of all, you think you are going to die.”

She was apprehensive to call her mother because a friend of the family had recently died from breast cancer and buried the month before.

“My thoughts were ‘I can’t tell my mother because she’s just been through this,’” Parker said. “She will just come apart. But then I thought that there are a lot of new treatments available. Maybe I can live five years.”

Her daughter was in ninth grade at the time, and Parker set a goal to making it to her high school graduation.

“My first thought was that I was going to die, but how long can I have a good life?” Parker said.

Parker had a lumpectomy, six treatments of chemotherapy, and seven weeks of radiation and by October 2002, the cancer was gone.

She then took an oral medication to reduce the risk of cancer reoccurring for eight years to ensure the cancer was out of her body.

The eight years post-cancer were more terrifying for Parker than during her treatments.

Every checkup was nerve-racking as Parker waited to hear the doctor say the cancer was still out of her body.

“But every year it gets easier,” she said.

Through the treatments, Parker learned to better appreciate what she already cherished in life.

She laughs thinking back to a time when she made her daughter mad by wearing what her daughter thought was a hideous wig, but Parker wore it anyway to get a reaction from her daughter.

Cancer unleashed a will to live, which Parker didn’t know she had. Surprisingly, it was the best experience of her life.

“It helped me to appreciate life,” Parker said. “People don’t understand it when I say that this is the best experience of my life, instead of the worst. I just grew. I appreciate the sunshine, I appreciate the rain, and I appreciate every day more than I ever have. Every day is a good day. Life is great, and I don’t think I would have felt that was without this experience.”

Parker can remember the day she found the lump and her fears for the future, and is extremely thankful to be a survivor.

“I never dreamed it would be nine years,” Parker said. “And hopefully nine more.”

One suspect arrested in robbery