Time to pick up, clean up 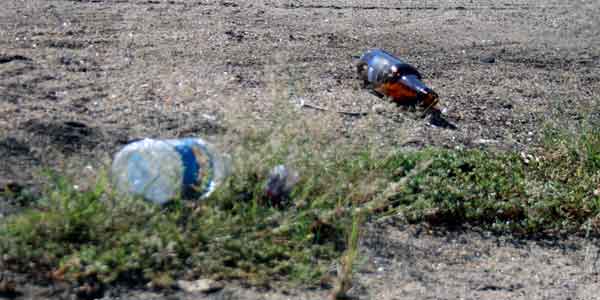 Volunteers will pick up trash along roads in Wards 3, 6, 7 and 8 Saturday at the citywide clean up day. To volunteer, meet at the Carl C. Morgan Convention Center at 7 a.m. Saturday. -- Laura Fenton photo

It doesn’t matter who threw the trash alongside the road. It’s time to clean it up.

“Selma is so widespread,” said Darryl Moore, Selma code enforcement officer. “I know sometimes people are looking and it seems like nothing is being done, but in my book a lot is being done.”

The next step the city will do to spruce the area will be a citywide clean up day Saturday to pick up litter alongside the roads in wards 3, 6, 7 and 8.

“In our daily patrolling, we have noticed that there was more trash and litter in certain sections in certain areas of town than in other parts,” Moore said. “The areas we have the most problem with or document more trash and litter on the street, we consider them as a hot spot. Therefore, we are targeting those areas to make sure we get those cleaned up. I think it’s a wonderful idea and I think it’s going to be well executed on Saturday morning.”

Moore expects more than 150 volunteers to spend the day picking up the litter, but he hopes more people will decide to participate.

Some of the expected volunteers will be more than 50 Army National Guard, consisting of those already serving as well as some of those who have enlisted but have not gone through training. Junior ROTC members from Southside High School and Selma High School are also invited.

All soldiers will also attend a swearing-in ceremony at Songs of Selma Park at 7:15 a.m. before joining the clean up day to reaffirm the oath of the Army’s values and service to the nation.

“We’re also trying to teach them historical values as well,” said Capt. Joey Hutto, Montgomery recruiting company commander. “With Selma being historic of civil rights and the Edmund Pettus bridge standing for diversity, we want to bring all the diverse future soldiers, whether they are Hispanic, Asian, black, white, male, female, to bring them together because in the Army we view everyone as green. You’re one person. You’re a soldier.”

After Saturday’s clean up, block captains will maintain their designated streets or remind people to keep the street clean.

“People will be responsible for blocks in their neighborhood or street,” Mayor George Evans said. “They’ll maintain after they get all this done.”

Evans will hold a citywide cleanup day once per quarter. The next one will be held in either December or January.

To volunteer with the clean up, meet at the Carl C. Morgan Convention Center at 7 a.m. for breakfast and team placement. The clean up will last from 8 a.m. until 5 p.m.