Smitherman also claimed first place in the 100 and 200-meter dash.

On the girls side Catherine Armstrong, Mary Peyton Zimmerman, Anne Woodruff and Sarah Fraiser brought home the win for Morgan in the 4×100 meter relay.

Rachel Gomes won first place in the long jump for Morgan as well at the 100 and 300-meter hurdles.

“We would like to finish one of these in first,” said Morgan coach Rob Robinson. “But we still have another meet before state to get there.” 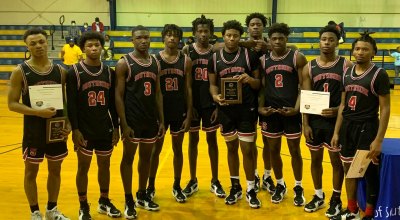