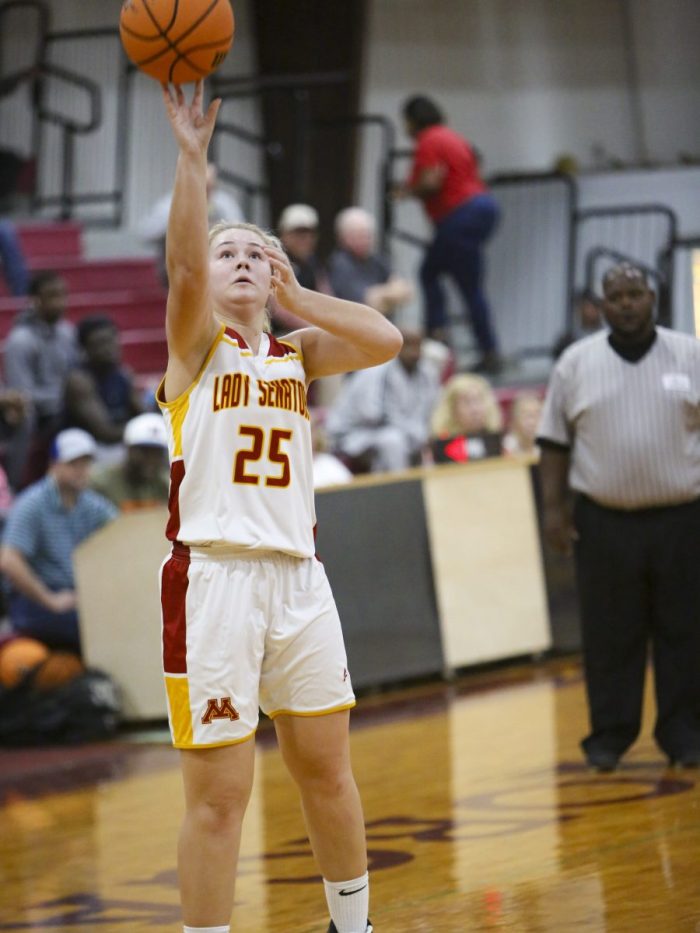 Perkins, known at Morgan Academy as “McCann,” will participate in the upcoming Distinguished Young Woman of Alabama program at Frazer Methodist Church in Montgomery on January 20-21.

The DYW program for Perkins begins on Sunday as she will be staying with Drew and Amy Johnson, one of the program’s Host Families. Amy Neighbors Johnson is a native of Selma and a graduate of Morgan Academy.

Perkins’ roommates for the week will be Ellie Smith, the DYW of Houston County and Olivia Newman, the DYW of Lawrence County.

The Morgan Academy fan base is happy for Perkins, who was chosen to represent Dallas County in September.

Perkins, the daughter of Tracy Jones and William Perkins, is very active at Morgan Academy.  She is currently Senior Class President.

Perkins finished first in second-seed doubles play with Martha Ann Beers at the 2022 AISA State tennis tournament and was a member of the team tennis team that won multiple state championships.

“McCann is a great athlete who is hard-working, coachable, and able and willing to play whatever position I needed her to play,” Graham said. “Last season at different times she played outside hitter, middle and defensive specialist.”

“McCann is a good, all-around athlete,” Jones said. “She’s a good leader among her peers.”