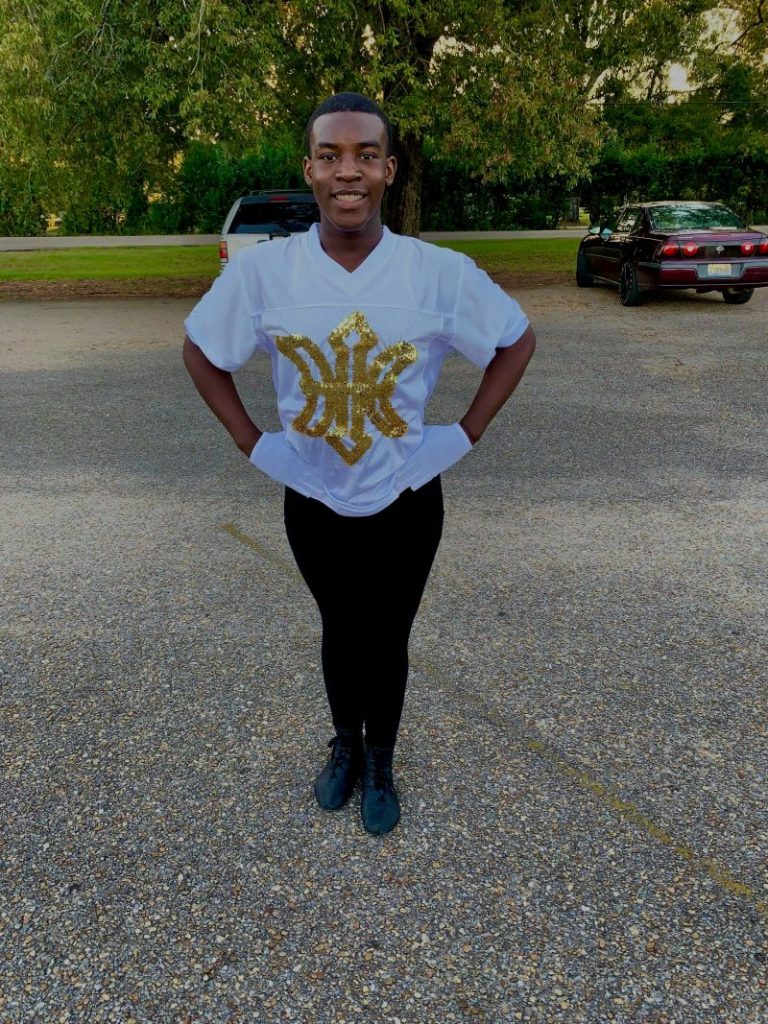 Sports are a big part of Dallas County. Football, Basketball, Baseball, and Softball are all sports residents enjoy the season in and season out.

One sport, however, not many talks about but it is very much a sport and a competitive one, Dancing.

Selma High School has a dance team that is just as important as the band, cheerleaders, and athletes.

One of the dancers on the small, effective team is Junior Ja’len Stewart. Stewart is new to the team but from the time he was four years old, he dreamed of becoming a professional dancer.

Selma High School Dancing coach Cameron Robinson, a former dance captain for Selma High, was the one who brought Stewart to the dance team.

“When I was asked to come back home I did not think there would be any males trying out,” Robinson said. “There were not many males trying out when I was trying out for the team. So it was new to me. When I got to know him (Ja’len) I could tell that this was like a dream to them. This was something they had always wanted to do. They were excited that they could come out and showcase their talents. Their dream is coming true.”

Stewart had this dream for a long time and worked on becoming a better dancer for a while.

“ It’s always been a dream for me since like sixth grade,” Stewart said. When Stewart is dancing, it’s like when a runner runs for a long time. His brain turns off and just enjoys the dancing.

“I’d say if I am upset or something, dancing can calm me down,” Stewart said.

From the time he joined the dance team in June, Stewart has brought a lot to the team.

“Since tryouts, he has stood out to me,” Robinson said. “He was the main dancer who stood out to me the most. It was something new to me, even though I was on the dance team and the dance captain from 2016-2018. We never had a male on the dance team. So when I was asked to come back home and help, I saw him (Ja’len) and I was like ‘Wow he can dance really good’ It looked like he really enjoyed what he was doing. He always has a positive attitude. I never have any issues out of him at practice. He also brings many good ideas to the team. It’s always a good vibe with him at practice. Everybody loves him.”

Since joining the team Stewart’s peers have been supportive of him in fulfilling his dream. “They love it,” Stewart said. “ They really do. When I first started and first got on the team, everyone was happy for me. More people started to come out and support me.”

Like football or basketball, the dance team supports each other from the highest of highs to the lowest of lows.

“Some people really say that dance is not a sport,” Robinson said. “ I think it is a sport. Just like everyone else we work out before we practice. We stretch before we practice. It comes with a lot of memory. Other teams, you have to have memorization. Other teams have to work out before they practice. Then, as far as dance, I feel like that’s more of a sport. You have to have a plan just like any other sport. Just like you have to have a plan you have to have steps that you have to go through at practice and learn at practice to get a chance to win a game. We have to do the same thing. We go through the competition. We battle against other dance teams. We have the same goal as any other sport. To win.”

Robinson is hoping that the dance team will continue to grow at Selma. Stewart says that if you have the desire to dance then you should go for it.

Selma will host tryouts for the dance team in March.