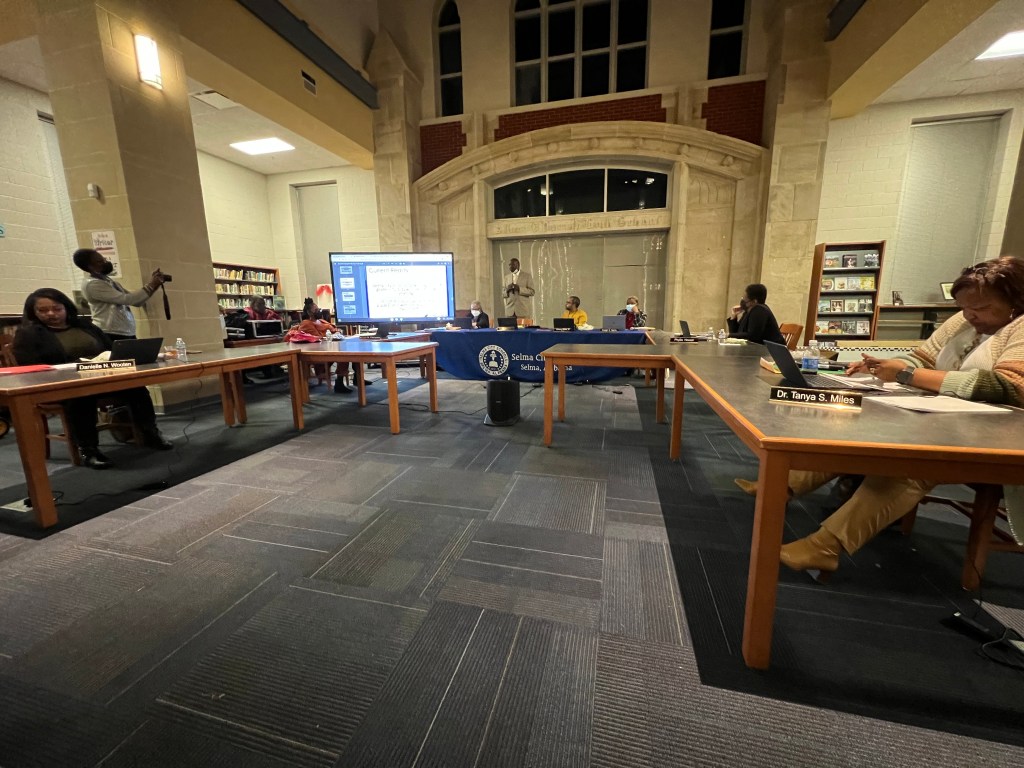 The Selma City School board met for the final time of the year on Tuesday night.

The meeting was mostly taken up by the announcement of the 2022 Teacher of the Year Awards and the discussion of the data received from the Alabama Department of Education.

The data showed that Selma City Schools had scored low in several categories.  RB Hudson was taken off the failing list as of the report card from 2022.

Principals of several schools came before the board and spoke about their plans to address the problems that the data showed. Schools discussed different things, but it was shared that the problems got addressed.

SCS Board member Danielle Wooten made the comment that for several years the board heard the plans but every year the results were the same. SCS Superindent Dr. Zickeyous Byrd said one of the main differences is that everyone will be held accountable.

“One way that we are going to be able to hold everyone accountable is to know where we are before we actually get to the end,” Byrd said. “Before there was no assessment in place to allow us to specifically target the standard that we know teachers actually taught for that quarter. So, if we know for example that teachers taught these three and four standards, and then we have broken it down by quarter.

“Then we have broken it down by quarter and we take an assessment based on those standards that have been taught. Then if data is showing us that those standards have not been mastered we are able to stop, right then, go back and regroup and figure out a way to teach those standards again and turn around  and retest them.”

After the principals finished their presentations the consent agenda was approved.

In the consent agenda, it was approved that the floor at RB Hudson would be fixed over the Christmas break according to Byrd.