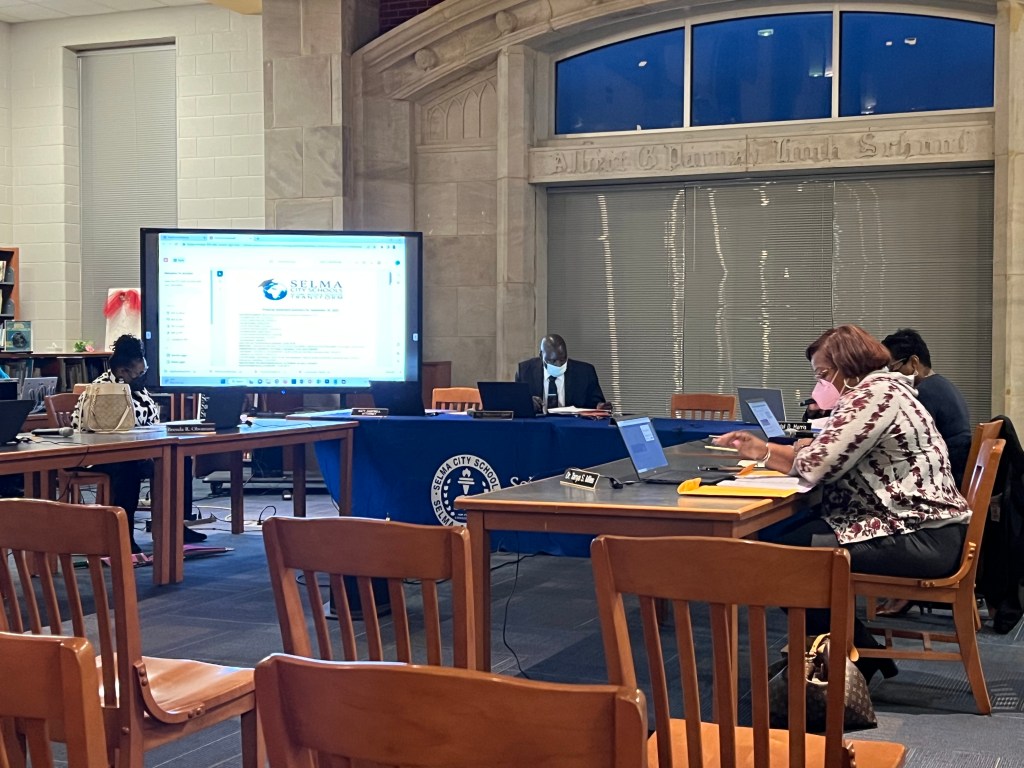 The Selma City Schools met on Tuesday for their regular monthly sessions.

The board heard from Sarah Aghedo as she read a prepared statement from a company interested in buying the Old Central Office building.

The proposal said should the school district sell the property, it could be turned into possible housing in the historic district.

The board discussed if it would be wise to sell the property due to the fact that it may take away extra parking and places to put extra buses in the bus fleet.

“We are still in the gathering information phase,” SCS Superintendent Zickeyous Byrd said. “It was important for Mrs. Aghedo to come out and share a proposal from the Lathen group. They have had the opportunity to come in and view the central office.”

In the consent agenda, there was talk of equipment removal from Meadowview as well as Clark. There were bids for a partial reroofing of Payne Elementary and Clark Elementary on the agenda.

“We are thankful that we have one of the largest cheer squads in the area,” Byrd said. “We have about 30 cheerleaders and they do an outstanding job. We have an outstanding coach and we are just so excited about them.”

The consent agenda was approved by the board. In old business, the band had to change the date they were going to the Blue Memphis Trip. It was originally scheduled for November, but will now take place this weekend.

“We are so thankful for our hard-working band members,” Byrd said. “A lot of times a lot of energy and media coverage is focused on the football team