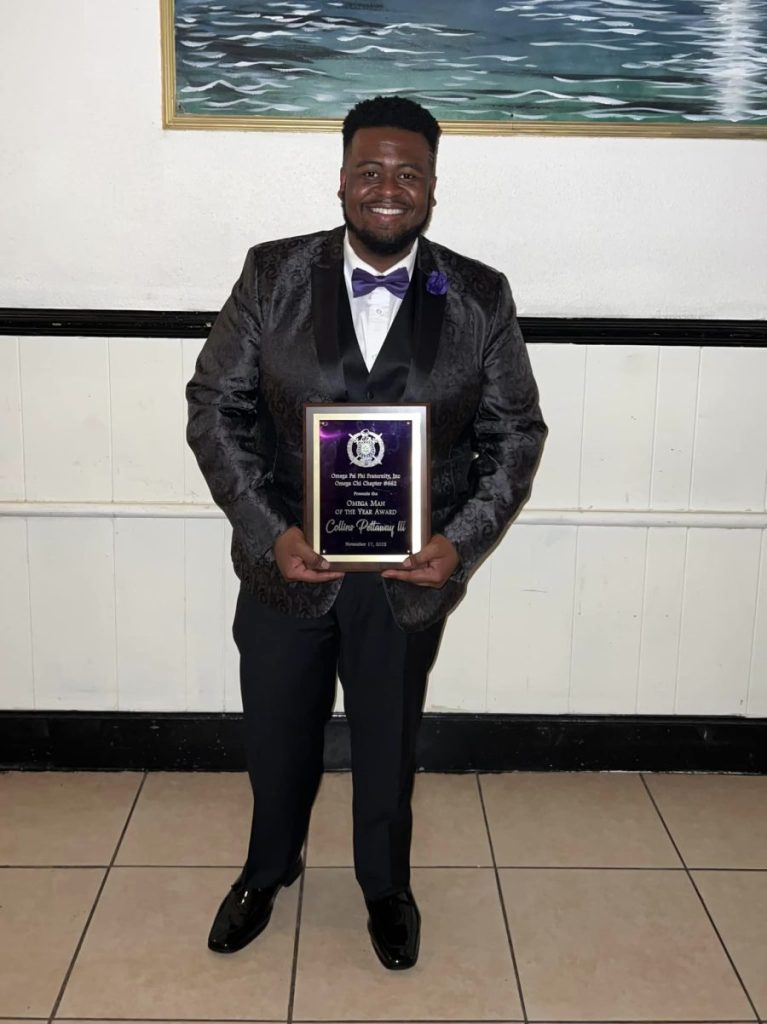 Collins Pettaway III was named  Omega Man of the Year by the Omega Chi Chapter of the Omega Psi Phi Fraternity, Inc.

Pettaway was honored at the Omega Chi Purple and Gold Ball last weekend. Pettaway said he cherishes the high honor from his fraternity brothers.

“I’m honored that my chapter brothers saw something in to vote me as “Omega Man of the Year,’ Pettaway said. “That really means the world to me. I was privileged to receive the highest honor in my chapter.

“I’m eternally grateful to the brothers of Omega Chi and know that I look forward to being able to continue serving the greatest fraternity in the world.”

“Serving my community is something I’ve always done and it’s an privilege to be able to do that through my beloved Omega,” Pettaway said. “I’m looking forward to the continuation of serving the Black Belt.”