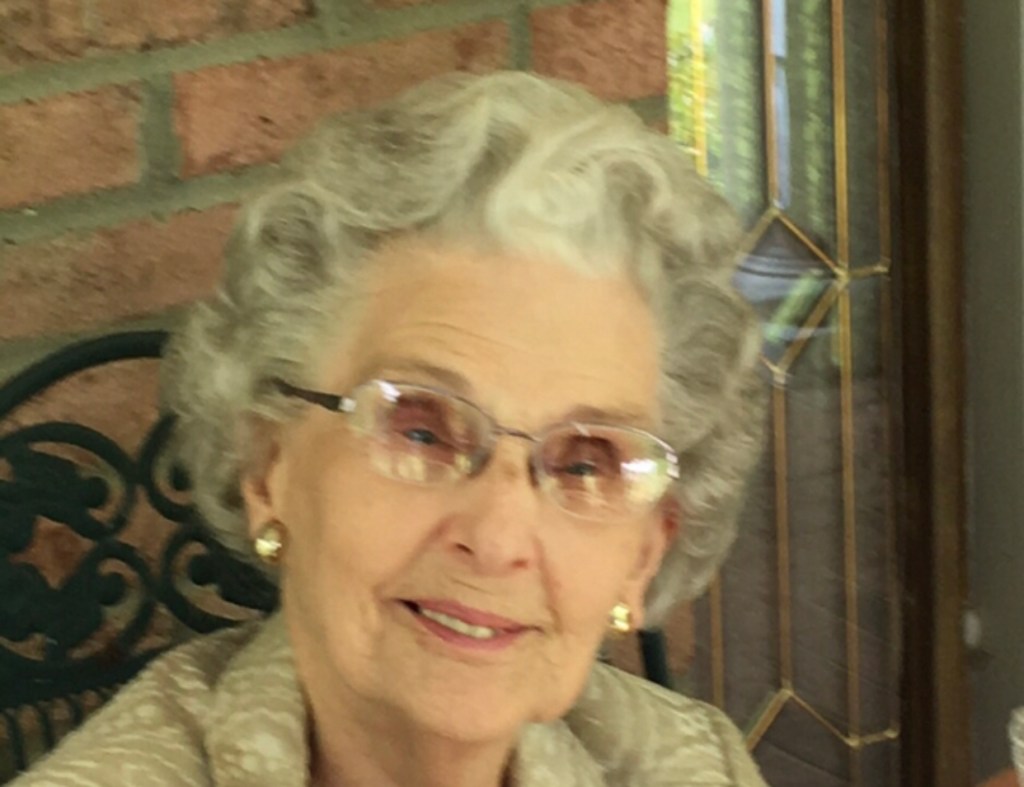 Margaret was born January 12, 1924 on a dairy farm in Sterling, KS to Howard and Janet Findley Thompson. She lived on the farm until her father’s passing when she was 12. Soon after, she and her family relocated to Lawton, OK.

Margaret spent the majority of her 98 years in Lawton. She graduated from Lawton High School in 1941, and attended Cameron Agricultural College’s two year program. She then continued her education at The University of Oklahoma in Norman, OK graduating with a Bachelor of Science degree in 1946. Margaret also earned her American Society for Clinical Pathology (ASCP) certification. After finishing her education, Margaret moved back to Lawton where he used her expertise to aid the community in a variety of medical clinics over the years as a Medical Technologist.

In 1955, she met Robert “Bob” O. Fietz on a blind date. The two were smitten and tied the knot on February 11, 1956. They had one child, a daughter Janet whom they loved dearly. Margaret and Bob were very active in the Episcopal Church and known by their church friends to throw the best parties with good food, great live music, and lively conversation.

In 1965, a group of doctors formed Great Plains Medical Square and asked Margaret to manage their laboratory. Always up for the task, she remained there until her retirement in 1983. She and Bob had many wonderful years together before his sudden passing in October of 1991. The goodness of the Lord, brought an old friend, COL(R) Chester “Check” O. Stephens, back into her life. Both having lost their spouses, the two reconnected and were married in September of 2003. The pair returned to Check’s home in Selma, AL where they enjoyed time with Check’s family and friends, rooting for Auburn University at home games, and taking the four wheeler on drives through their fields of Christmas Trees. Check passed on August 18, 2014. Margaret enjoyed a few more years in Selma before moving back to live with Jan in Walters, OK in December of 2019. She spent her last few years in Walters with a cat in her lap and a book in her hand, surrounded by family, catching up with friends and continually surprising people with her sharp mind and determination even in her late 90’s. She loved the Lord and was blessed to be loved well by two men and their families. She is survived by her daughter Janet Fietz McCoy (Jan) and her husband LTC(R) Cary McCoy III of Walters, OK; her grandson CPT Robert McCoy and wife Jennifer of Vilseck, Germany; her granddaughter Megan McCoy of Oklahoma City, OK; and her granddaughter Sarah Kendall and her husband Keegan of Fletcher, OK, as well as many bonus family members to include the Cary and Barbara McCoy family, the Jimmy and Gladys Stephens Elliott family and the Jimmy and Martha Stephens Hughes family both of Selma, AL.

Memorial contributions may be made to the Baptist Home for Girls, 13976 Anthony Lane, Madill, OK 73446 or Ivy Creek Cemetery Fund, 3068 Highway 14 West, Autaugaville, AL 36003 or any Christian charity of your choice.