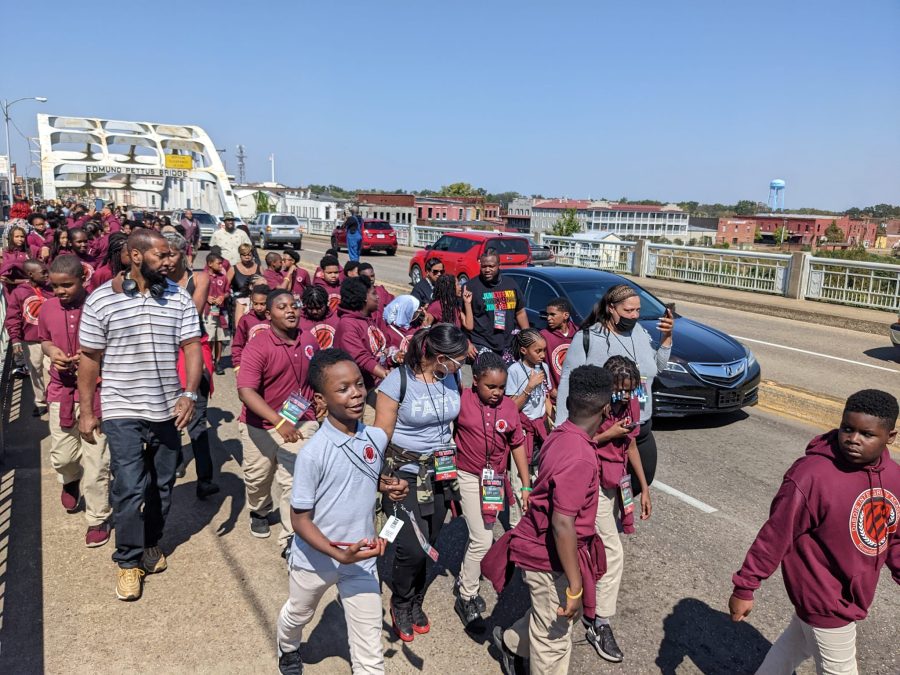 The 450 students crossed the Edmund Pettus Bridge during its visit and toured other parts of the Queen City.

The event was organized by Selma City Councilman Michael Johnson. He was assisted by council members Lesia James and Atkin Jemison with the group’s visit to Selma.

Selma Mayor James Perkins Jr. welcomed the group after they arrived in the city. He gave them a key to the city.

Johnson said he enjoyed their visit. “It felt awesome,” Johnson said. “It was exciting to know that kids wanted to know about the history of Selma.”