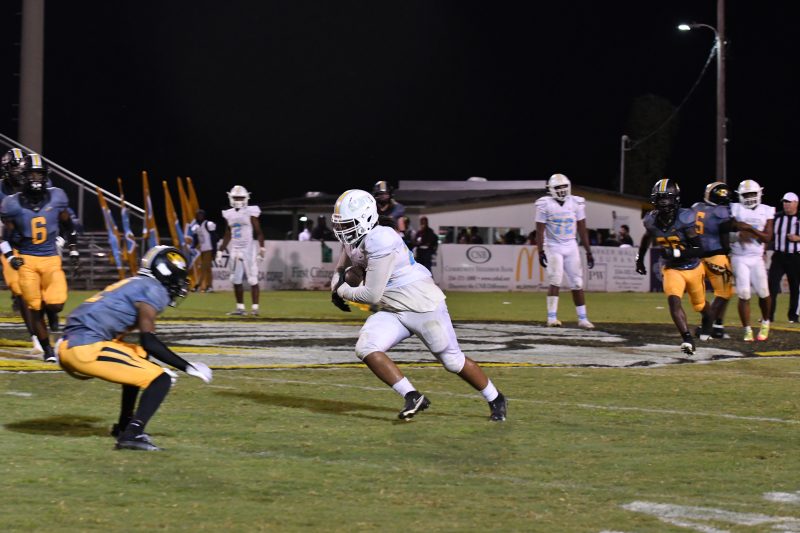 Shelby County at Selma: The Saints (5-2, 3-1 Region 3, 5A) control their own destiny to host a playoff contest at Memorial Stadium. A homecoming victory all but clinches the second seed.

DaKaari Nelson and Marcus Walton remain the big-play offensive threats for the Saints.

“I’m a little more flexible this year than I have been in the past,” Gandy said. “At the end of the day, I’m not going to let the festivities get in the way of what we have to do on Friday night.”

“I’m so glad for these kids, they did a great job of preparing all week and they performed superbly,” Senators coach Danny Raines said.

Keith at Sweetwater: The Bears (4-3, 3-1 Region 3, Class 1A) need a win against the defending Class 1A state champions to finish second in the region, hosting a first-round playoff game.

“It’s a chance to lock up the number two seed and host the playoffs,” Bears coach Anthony Lumpkin said. “Of course, our goal was to win the area which no doubt would have landed us the opportunity to host  a first-round playoff game. We weren’t successful in securing a number one, but we still have a chance if we go out and play good football in all phases of the game.”

Southside at Greensboro: The Panthers (3-3, 2-2 Region 5, 3A) got a much-needed win on the road at Prattville Christian Academy, boosting their playoff chances.

Hale County at Dallas County: The Hornets (1-5, 1-3 Region 3, 4A) host the Wildcats for homecoming at Martin Field in Plantersville.

If the game is close, special teams could give the Hornets an edge. Michael Harris is capable of making field goals, as evidenced against American Christian Academy.

Meadowview Christian Academy at Ezekiel Academy: The Trojans (0-7) continue to search for their first win of the season, another 8-man football contest.