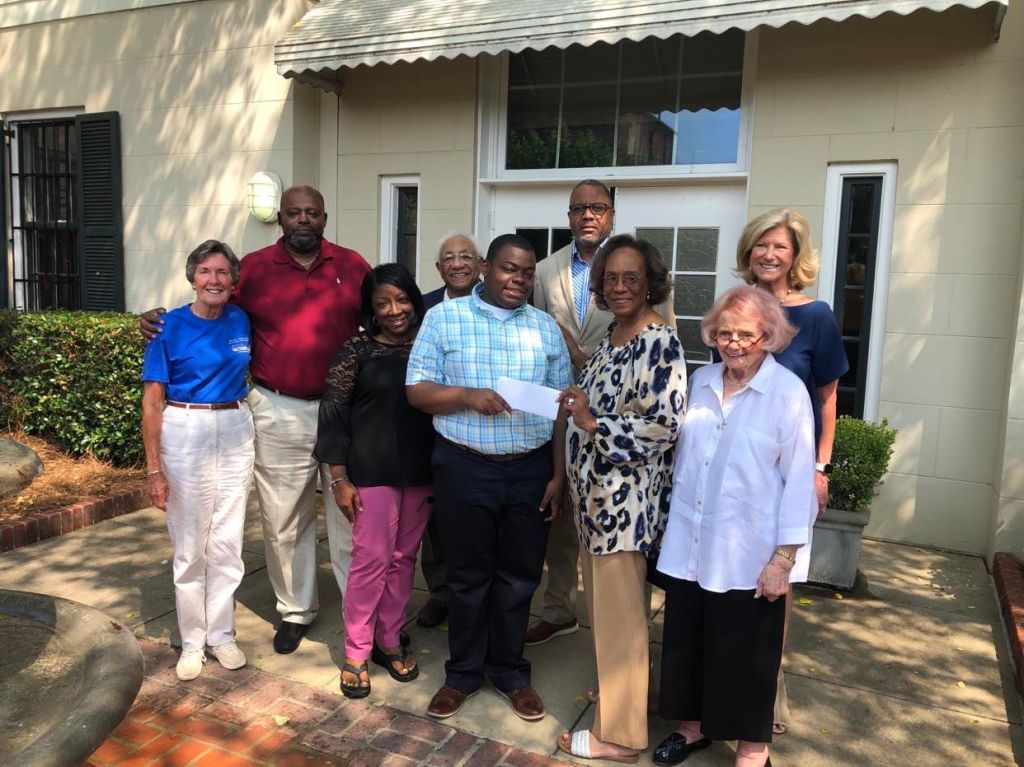 Selma High School graduate and Co-Salutatorian Camron Gayle is the first recipient of the Edwin and Virginia Godbold Scholarship.

The committee said Gayle’s hard work and commitment to excellent stood out over the other scholarship candidates.

“Camron has passion, a dream and a plan,  normally you don’t see that,” said Drake-Peterson, a former Judge.

Talton, the Arts Revive President, said it was an honor awarding the scholarship to Gayle, whose essay on the city of Selma stood out.

“I’m proud to be from historic Selma,” Gayle wrote. “I want to help the greater good.”

Gayle’s parents Ronald and Monica Gayle, were at the ceremony.  Monica Gayle said they are proud of their son overcoming odds to land a $2,500 scholarship.

“Camron was nonverbal until he was almost four, but with such bright eyes and at four when he started talking all the things I would sit down and teach came out,” Monica Gayle said. “He could read in PreK 4, knew how to multiply in 1st grade he just made so many leaps and bounds. Autism where?

“Now he’s still very soft spoken and he will not initiate a hug but he has learned to not be what autism says he is! I am so proud of my first born who always gives 200% and always puts his best foot forward. It was all God.”

Gayle, who  finished with a 4.27 GPA and 21 ACT score., said he’s grateful for the scholarship. He will major in Computer Engineering at Tuskegee University.

“I feel excited about getting the scholarship,’ Gayle said.  “I will take my experiences from Selma with me to Tuskegee.”

The scholarship is named after Edwin Condie Godbold, Sr a Wilcox County resident who was educated in the Selma City Schools. He raised funds for the Selma-Dallas County Public Library new building. The Godbold sons continue to carry out their father’s tradition.