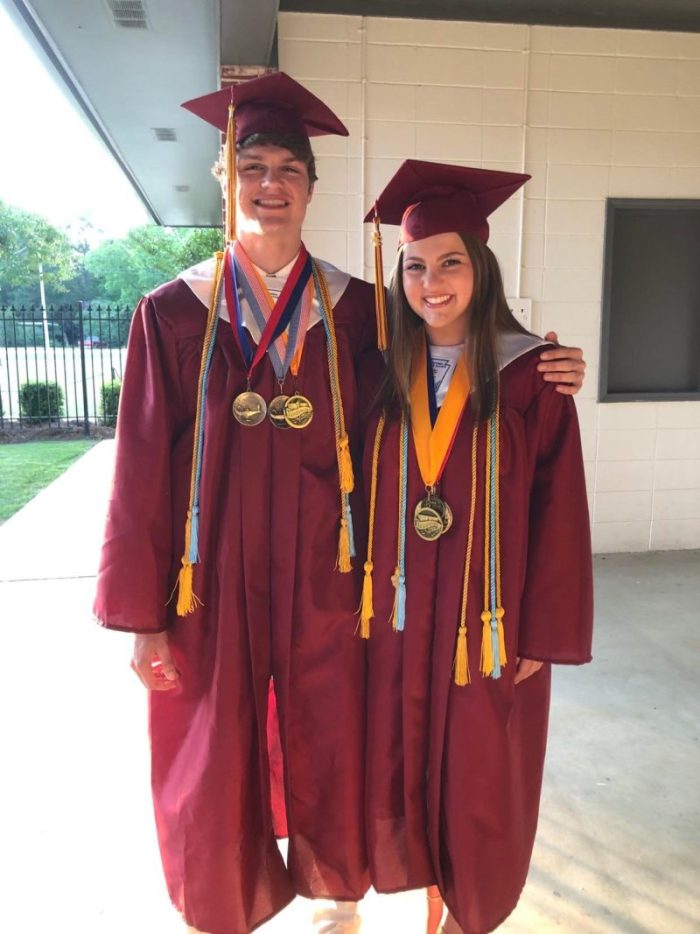 Smiles covered the faces of Morgan Academy’s Class of 2022 as graduates traded hugs minutes before they walked into Senator Stadium for the ceremony in front of family and friends.

Wilks  Chittom said he’s honored to finish as Valedictorian at Morgan Academy. Chittom, a goalkeeper on the soccer team and singer, finished with a 4.2 GPA and 32 score on the ACT.

“Finishing as Valedictorian is the result of hard work, late nights and a commitment to excellence,” said Chittom, who will major in Commercial Music at Samford University.

Maggie Holladay said she is pleasantly surprised to get named Class Salutatorian. Holladay finished with a 4.2 GPA and 25 ACT score. She was a cheerleader.

. “I worked really hard. I am excited for the future.”

Cale Lyon received the Nell Calhoun Edwards Christian Character Scholarship.  The award is named after Calhoun, who taught at Morgan Academy from 1965 until retiring in 1985. 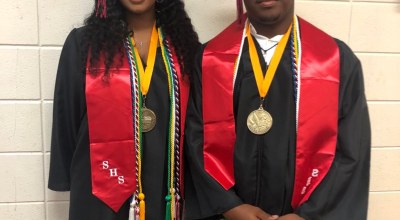 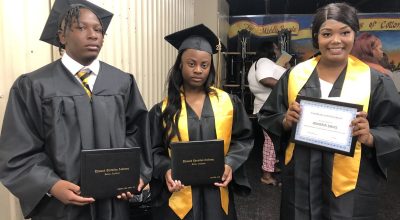