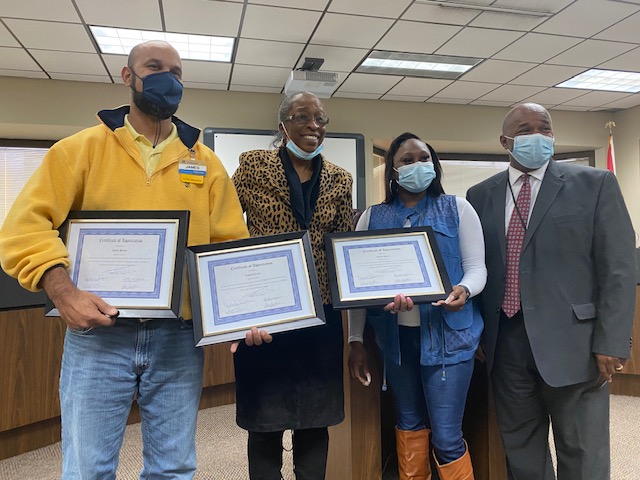 Three Walmart employees were honored at the Dallas County Commission on Monday.

“Walmart has been a great partner for the Dallas County Commission,” Nunn said.

Rogers, a long-time Walmart employee and Williams also said they love the partnership with Walmart.

In other Commission news:

-Former Selma Mayor George Evans was appointed to the DHR Board.

-Human Resource Director Betty Russell got Resolution 2022-01-4 approved for use of contingent funds to get a retirement plaque for Frank Scott.

Kelly’s other three Resolutions, jail preventative maintenance services contract with the Steward Construction Company (over $180,000), relocating polling places for precients D34W and 1001, and post election Audit Pilot, were all approved, inviting Justice and Rogers to participate in a Making Alabama Beautifical event later this month.

-Wade Pugh addressed the Commission on getting the Road at County 93 for repairs. Rogers and Sexton are already working on fixing the roads.