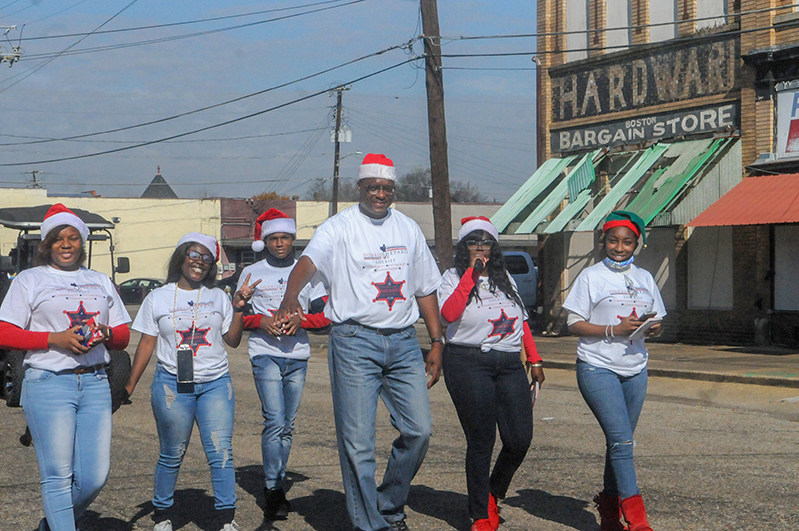 The city of Selma held a successful  two-day event to open the Christmas holiday last weekend.

The event began with the  Christmas parade, a joyous 45-minute success mixed with schools, organizations, city and county officials, and political candidates.

Other events included a tree lighting at Songs of Selma Park on Sunday, which a  children’s choir performed before the lighting.

Selma Mayor James Perkins Jr. was pleased with the weekend.

“It’s awesome,” he said of the turnout for Sunday’s tree lighting. “People have really been supportive all week. The parade turnout was terrific. This evening, people came out and celebrated with our babies, with our children. It really was a festive affair. I can feel a spiritual shift in Selma, and it’s a positive thing for our community.”

Perkins said one reason for the feeling of optimism is progress in the fight against the coronavirus.

“The fact that we’re coming out of this two-year COVID crisis, and the numbers are down in Dallas County,” he said. “I think people are feeling a little freer to move around and to engage. We’re not out of the woods yet. We need to continue to be vigilant, wear a mask, do the things that we’re supposed to be doing, but I see a spirit shift in the community, and it’s exciting.”