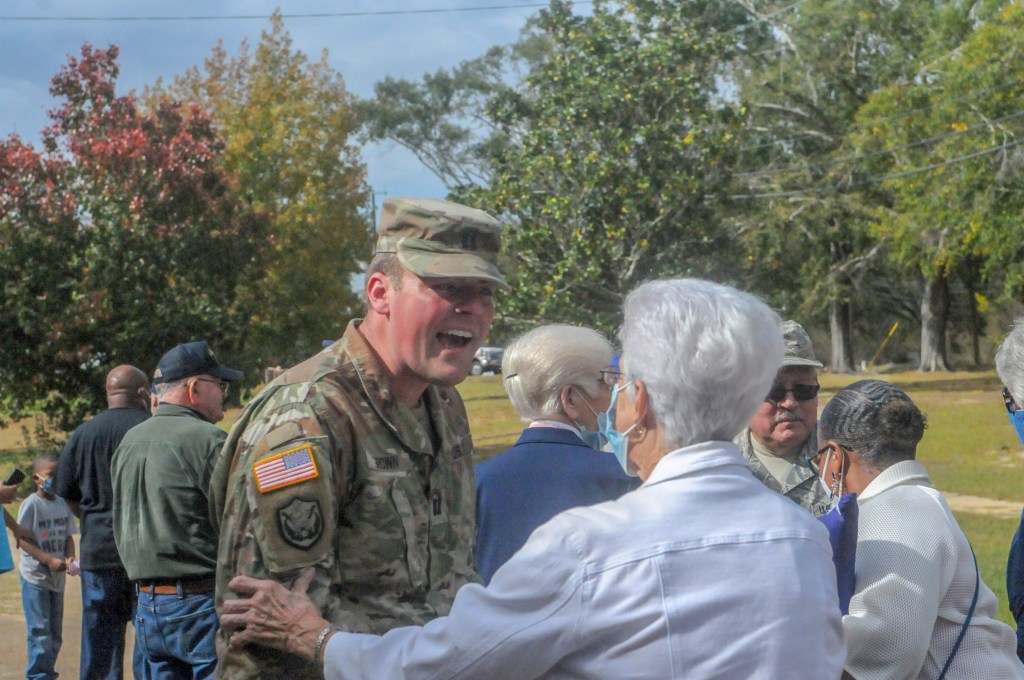 The event was held under a mild gentle breeze and overcast skies outside Memorial Stadium.

It’s a tribute to the local veterans who have served or currently serving in one of the military branches.

Brown says his military service instilled an appreciation for diversity in him.

“I think back to, I go into basic training where there’s 120 guys. It was good to see the differences in our country. But

the end of those six months, we were together. We were one. And to know that, man we all need each other. And we’re better together,” Brown said.

Brown, a married father of three kids,offered advice to the youth who are seeking a military career.

“My advice is listen to your teachers and thank them,” Brown said. “I am so proud to put on this uniform.”

Hot dogs were served to guests after the ceremony.