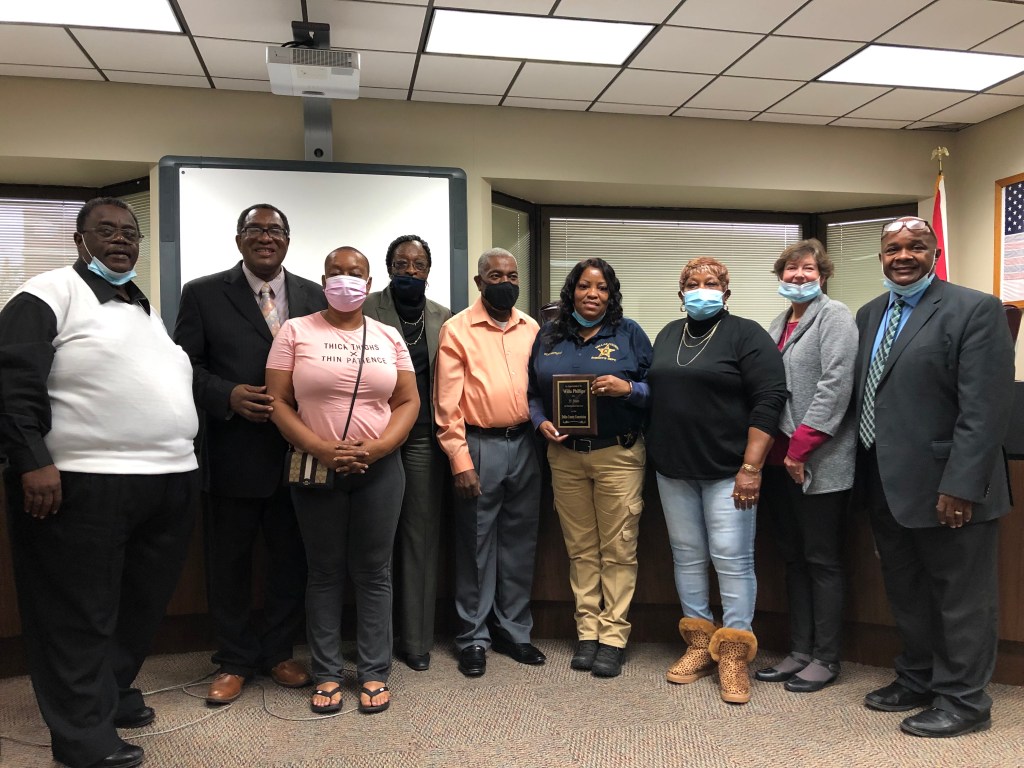 Phillips, surrounded by family, said she enjoyed  working at the DCSO.

“The Dallas County Sheriff Office will always be in my heart, I spent half of my life there,” Phillips said.

“Willa made a career out of  the Dallas County Sheriff Office,” Nunn said.

“Thank you for the compassion that you shown to the male/female inmates that you have encountered,” Jerolene Williams said.

“I thought I’d get at least one question,” Toure said.

In addition to Granthum, former Selma Mayor George Evans and Dallas County District Attorney Michael Jackson were among the high-profile officials who attended the meeting.