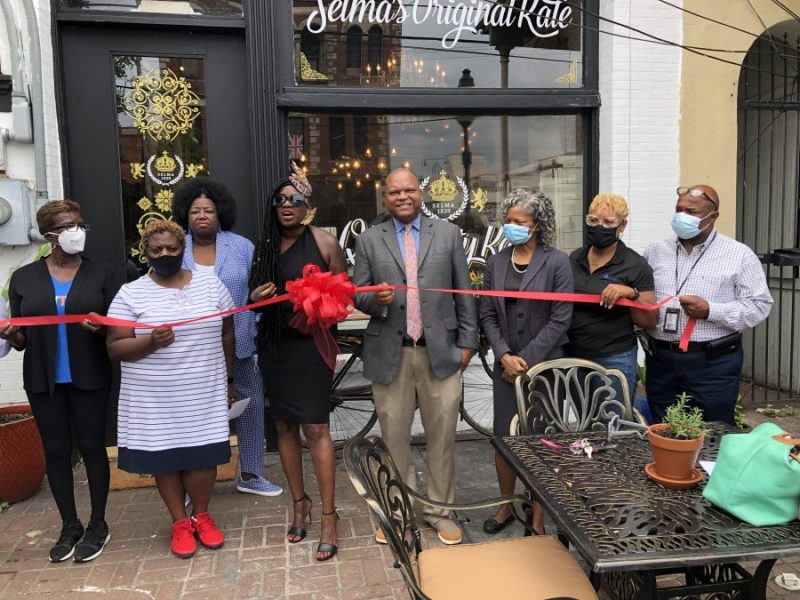 Several city and county officials attended and participated in the opening of Queen City Kale, which is owned by Fulford.

Fulford, who ran Organpui Farms in the same location, said she’s looking forward to the challenge.

Fulford thanked all of the city and county officials for coming out.

“Our grand opening was a huge success thanks to our leadership team, advisory board, local business owner, and community,” Fulford said.  “Thank you to our former Mayor, judges, city clerk, Congresswoman Sewell Office, the district attorney, chief of police, former council members, active council members, citizens of Selma, the Queen City Team, my family, and tourists from all over.”

Fulford credited Benjamin for supporting her.

“Councilwoman Benjamin has been supportive and amazing,” Fulford said.

Benjamin posted on Social Media that she’s proud of Fulford.

“I am happy to bear witness to this excellence,” Benjamin said.

Fulford said this is the first step in many for the Queen City.

“Queen City Kale is a symbol of our community, strength, and togetherness,” Fulford said. “We’ve been blessed. We need to come together. I am encouraged by the love in our city. The Queen City Throne is being restored.”

Fulford International COO Kimberly Montgomery said she’s honored being along for the ride.