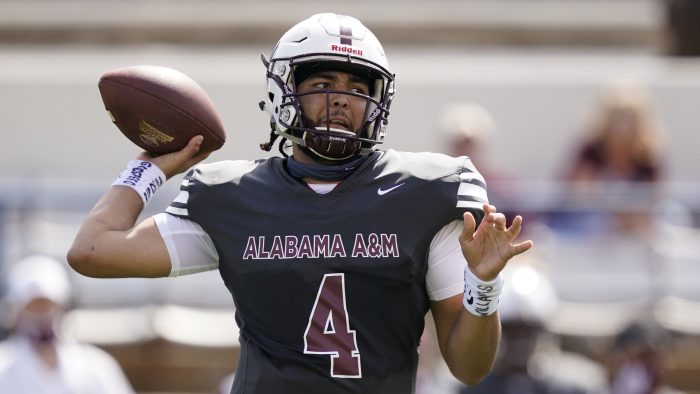 The HBCU Pigskin Showdown will not be held in Selma.

The All-Star contest will take place on December 19 at David J. Robinson Memorial Stadium at the campus of Marion Military Institute.

The game is a postseason all-star contest for the HBCU players eligible for the 2022 NFL Draft.

HBCU Pigskin Showdown Executive Director/Co-Founder Chris Williams said the game was moved from Selma because of the damage to Memorial Stadium.

Williams said Selma will still host several of the pre-game events. The HBCU all-stars, will across the Edmund Pettus Bridge.

“Our tag line of “The Bridge to the Pros Starts in Selma” will still hold and all of our connecting events, galas, and player practices will still be held in Selma,” Williams said.

Williams added that Marion is another strong site for the Civil Rights movement.

“Marion stays in line with our theme as it is the home of Coretta Scott-King, the marriage site of Scott-King and Martin Luther King, Jr. and the home of Alabama’s first HBCU,” Williams said.

“We’re excited to have this event  in the Black Belt region of Alabama and are happy that the histories of Selma and Marion, Alabama will be on dis play as we provide a stage for these young athletes.”

Marion Mayor Dexter Hinton and MMI President Colonel David J. Mollahan, USMC (Retired) are both grateful the game will be played at MMI.

“Given MMI’s long history in Marion, its former football program with historic connections to University of Alabama football and combined with the historic role of Marion, Alabama in the foundation of modern day  HBCUs as well as the Civil/Voting Rights Movement, we’re proud to host this showcase of HBCU football talent,” Hinton and Mollahan said in a released statement.

The contest will be broadcast live on HBCUGO.TV.

“Our goal is to pro vide exposure to top notch talent from HBCUs and, just as importantly, showcase the rich heritage of Selma and  Marion as cultural destinations and celebrate the impact and legacy of this historic region that changed the narrative  of the civil rights movement globally,” HBCUGO.TV Co-founder and CEO Curtis Symonds said.