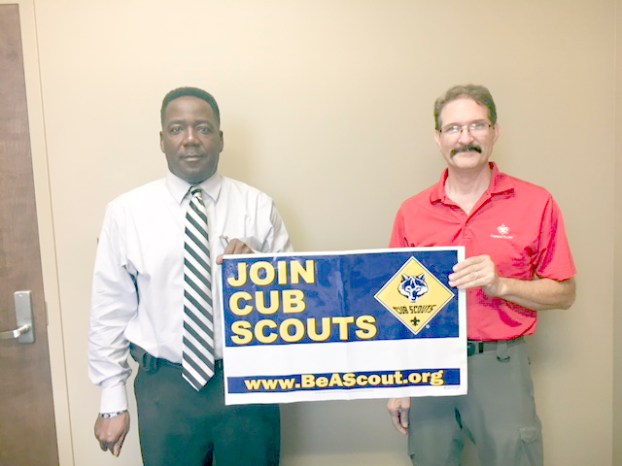 If you’ve got a taste for shrimp, the local Boys Scouts have an upcoming event for you.

The Crane District of the Tukabatchee Area Council will hold its fifth annual fundraising shrimp boil Saturday, Oct. 16, from 4 to 7 p.m. at Play Selma at 1122 Water Ave.

Tickets are $30 for a single or $50 for couples. The Crane District includes Dallas, Perry and Wilcox counties, but the majority of the scouts are from Dallas.

Leith Wilson, district executive, said tickets will be sold up to the night of the fundraiser. He said organizers will probably be able to accommodate some walkups, but he recommends buying tickets early because there is a limit to the number of people who can be served.

The menu will include all you can eat shrimp, sausage, red potatoes and corn. Door prizes will be awarded, and music will be provided by local talent.

Wilson said the scouts are hoping to raise about $12,000.

“It helps to provide scouting throughout our district,” he said of the fundraiser. “It helps our scouts to be able to go to summer camp and activities throughout the year.”

Organizers are still selling sponsorships for the event. They are $300 apiece and include four passes to the event and 12 drink tickets (beer and wine will be available), and the sponsor’s name will appear on a banner.

“This is our fifth year of doing the shrimp boil,” Wilson said. “It’s been very good for us. The event has grown and people enjoy it, so we’re glad to keep it coming.

“It’s gotten a little bit bigger each year. More people have found out about it and have gotten involved. I’ve got a lot of repeat sponsors and people purchasing tickets to be a part of it.”

Indoor and outdoor dining will be available, and there will be a takeout option.

One factor that organizers of any event must take into consideration right now is the pandemic. Wilson said if people take the correct precautions and choose what they feel is the best option for them, the event will a success.

“Last year we held it, and it was the biggest one ever,” he said. “The the folks who attended had a great time.”

The council’s Frontier District, which includes Chilton and Autauga counties, will hold its own fundraising shrimp boil two days before the event in Selma at Lanark in Millbrook. Anyone interested in more information can call the council office at 334-262-2697.