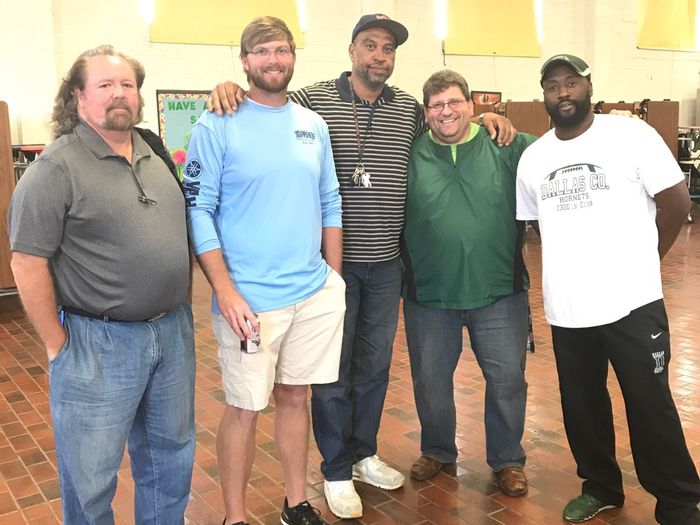 The best high school football team in Dallas County public schools will receive a trophy when the season ends.

The Chris Harrell Memorial Trophy will be given to the ares’s best football team in Selma and Dallas County: Selma High, Southside High, Dallas County High and Keith.

Bruce Holmes Sr. and his wife Linda donated the trophy, named in honor of Harrell, the longtime Dallas County High School basketball assistant coach, was fatally shot on Feb. 4 near Lannie’s BBQ on Medical Center Parkway after an attempted robbery.

The winning team with the best rivalry record will receive the Trophy.

Holmes and Harrell’s friendship goes back over 20 years ago with the Selma Vikings of the Selma City League.

“I met Chris Harrell back in the early 2000’s while I was coaching little league football at Block Park,” Bruce Holmes said.

“He walked up to me with his youngest son and asked, ‘are you Coach Bruce? I said yes. He said my son wants to play football and l want him to play for your team Selma Vikings. After meeting Chris that day we ended up being friends.”

The younger Harrell signed a football scholarship with Auburn in 2011.