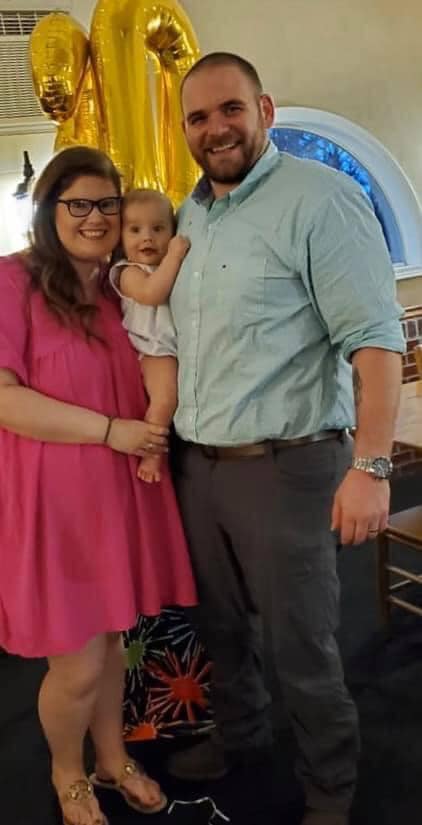 A Selma man died last weekend  from the COVID-19 pandemic.

Mollie Harrison, his sister in law said he the first of two vaccine shots before he became ill.

He was placed on a ventilator. Doctors later said Caleb possibly suffered a stroke and lost neurological responses.

“It’s so unfair how this virus has taken a hold of him,” Mollie said. A GoFundMe page was created to raise money for funeral and medical expenses raised over $11,000 toward a goal of $20,000

Harrison is survived by his wife, Mary, a high school teacher, and two-year-old son, Owen Caleb Harrison, his parents, brother and sister.

Harrison was a warehouse manager at a local hardware store, Stafford Equipment.

Mollie Harrison, who started the GoFund Me page, said on Social Media that the family is going through a tough time.

“Caleb adores his wife and loves being a father more than anything in this world,” Mollie Harrison said. “To think about his wife and child at this moment is tearing me apart. To think about Owen who has never been away from his dad for any amount of time and him not being able to understand is heartbreaking.”

“Let’s lift them up in prayer as we tackle the next days ahead. Donations will now go towards funeral, burial, medical, and all other expenses involved in this tragic loss.”

By Lew Gilliland The Selma Times-Journal One year after the event was canceled due to concerns over COVID-19, planning is... read more