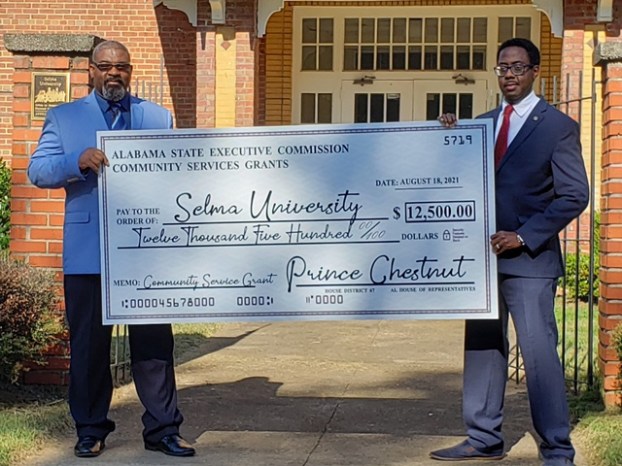 Ministers and lay leaders in the Selma and Dallas County area looking for additional education and training could have the opportunity to receive it locally if a partnership between Selma and Samford universities comes to fruition.

“He was looking to reach out to people in the rural community, and they wanted to be able to reach more people that are interested in religious studies, biblical programs,” Angion said.

“They are interested in a collaboration with Selma University that will open them up to more people in this area.”

Wrote Blackwell on Facebook, “Today I had the privilege of meeting with the president of Selma University, Dr. Angion, and the administration regarding exciting possibilities with Samford University. We dreamed, laughed and prayed together but mostly enjoyed talking with our faith in Christ.”

The partnership would allow local ministers and lay leaders to work toward a certification from Samford University outside of a traditional college setting. Many times, the classes are held at facilities within the participating communities. The cost for participants is $50 per class.

Blackwell said Samford has been doing this extension-type program since 1947 and continues to do so across the Southeast. He said one of his goals for this year is to reach as many underserved areas as possible across Alabama and also to train more African-American church leaders.

“It gives us common ground. We have a goal as well of equipping Christians to be servant leaders in our churches and in our communities … Many of the ministers and lay leaders in our domination have been requesting a program like this.”

While interested in the partnership, Angion didn’t offer a timetable for it being finalized.

“I don’t want to estimate,” he said. “I’ll just say it’s something we hope to happen in the near future.”