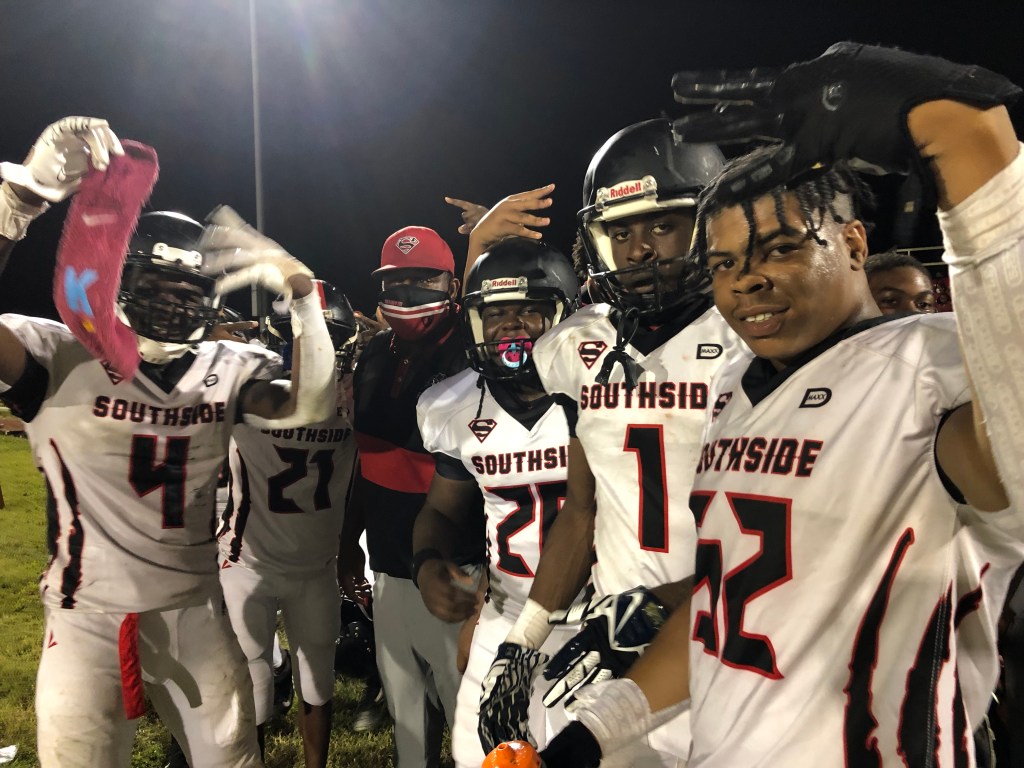 Southside has pulled off rare consecutive victories over Selma in football.

Quarterback Chris Thomas accounted for over 400 yards in total offense and four touchdowns as the Panthers smashed Selma 44-16 on Friday night at Memorial Stadium.

Under coach Charles Moody Jr., the Panthers have beaten Selma twice in the last three years.

Southside last beat Selma back-to-back was 2003 and 2004 seasons, something not lost on Moody.

“Beating Selma is awesome, but its not about me, its about the kids,” Moody said. “They put in all of the hard work. I’m excited for them.”

Selma jumped out to a 8-0 lead behind Corey Martin’s 1-yard touchdown run and two-point conversion run.

But it was all Southside after that.

Derrick Smith caught a 18-yard TD pass from Thomas and Sam Taylor added a two-point conversion as the first quarter ended with a 8-8 tie.

Selma scored early in the second half, closing within 22-16.

Southside easily scored over 50 points against Selma. Two touchdowns were called back because of holding calls.

“The offensive line blocked, the quarterback played well, me and Tae caught the ball,” Johnson said.

Selma High falls to 0-2 on the year and its star receiver/defensive back DaKaari Nelson was injured.

The Saints had five turnovers, including four interceptions.