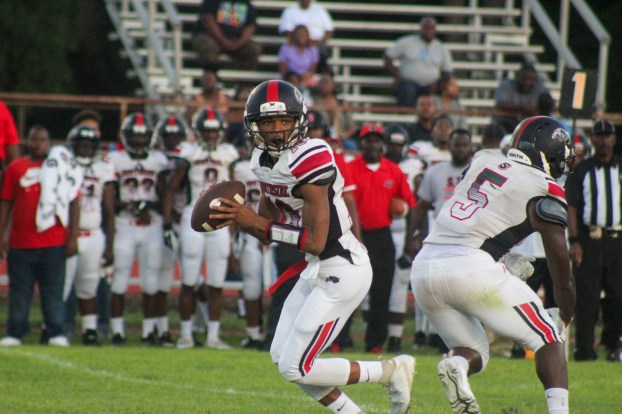 The Southside football team has had enough of fall camp.

While some squads across the state launched their 2021 seasons last Friday, the Panthers were among those that did not play in what’s known as Week 0 in the Alabama High School Athletic Association.

For them, the new season arrives Friday with a matchup against rival Selma, and Panthers coach Charles Moody said his team is looking forward to it. He said his players are tired of working against each other and ready to face somebody else.

Moody doesn’t downplay the rivalry, but he wants to make sure his team, which competes in Class 3A, understands there will be plenty left to play for regardless of what happens against the 5A Saints.

“It’s huge,” Moody said of Friday’s matchup. “It’s one of the biggest games of the year. But we know this game doesn’t play a role in our team goal of making the playoffs and making a run in the playoffs, but it is for bragging rights.”

Said Selma coach Will Gandy of the Panthers, “They’re right down the street. A lot of those kids grew up playing against each other … I think both Southside and Selma fans, players … get up for this game.”

Gandy’s Saints will be trying to bounce back from a 37-0 loss at Stanhope Elmore.

While the final score wasn’t pretty, Gandy found some positives in his team’s performance. The Saints were within 7-0 at halftime and remained within striking distance entering the fourth quarter, trailing 21-0.

Gandy said his defense made three stops in the red zone and forced two turnovers.

“We played pretty well for three quarters,” he said. “In the fourth quarter, kids started cramping. You expect that in (the opener). We had special teams breakdowns that hurt us all night.

“We just couldn’t get anything going on offense. We had some injuries late last week that forced us to go back to the drawing board and make some changes, but injuries are part of the game.”

One of the special teams breakdowns came on the opening kickoff, when Stanhope Elmore recovered its own pooch kick, setting up a touchdown.

Gandy said Selma will be without three players for the next couple of weeks due to injuries: DL Kemari Eaton (knee), DL Devin Crenshaw (broken hand) and RB Jason Rogers (lower body injury).

Moody downplayed Selma’s Week 0 setback and what it might mean for his team Friday.

“We have to be very disciplined, have to execute the game plan. We’re going to have to play a near perfect game … and do what we’ve worked on all week – and don’t turn the ball over.”

Meanwhile, Gandy doesn’t expect the Saints to have any problems putting Week 0 behind them and focusing on the task at hand. “I feel like the kids are excited,” he said. “I just let them know the first game, we got that out of the way. We’ve got to go back … and work on things we struggled with in the game last week. The kids came out today (Monday) and worked really hard. We’re definitely trying to get back to our style of football.”

Gandy said cranking up the run game and playing strong defensively will be critical for his team against the Panthers. “I think if our defense comes out and plays well like they did at Stanhope for three quarters,” he said, “I feel like we’ll have a successful night.”