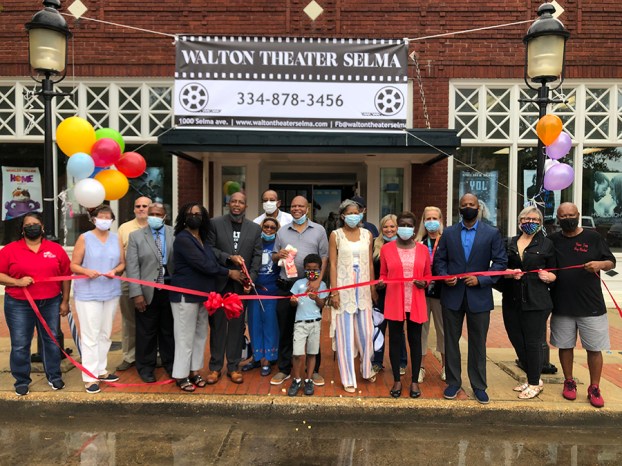 Current and former city and county officials attended the event.

Grayson, who stood alongside wife C.C. Grayson, said he’s grateful for the support of local officials and the community. The theatre reopened during the last week of July.

“We’re excited to see the number of people who came out for the reopening,” Grayson said. “It’s a delight to open the doors again. We’ve struggled for the last two years because of COVID.”

“I’m excited not only for the city of Selma, but Dallas County as well,” Nunn said. “It gives us another avenue  for recreation.”

Jackson said the reopening prevents local residents from watching movies out of town.

“It’s great that Selma has its own movie theatre and we don’t have to drive 45 minutes to see a movie,” Jackson said.

The Walton Theatre opened in 2010 when George Evans was Selma’s Mayor.