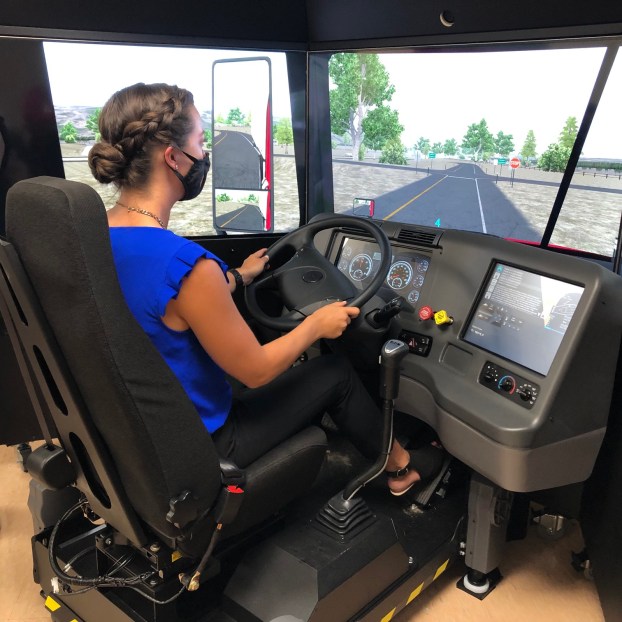 WCCS officials made the announcement at a press conference on Thursday morning at Craig Field Industrial Park.

WCCS purchased the $115,000 simulator in June through an Industries Certification Initiative Grant in June. The CDL program started in February, 2020 and has a 95 percent rating.

CDL classes at the college last eight weeks with five trucks to use for practice among students in Selma and Demopolis. Upon completion, students are eligible to test for a Class A license.

Multiple students can practice with the simulator and actual truck without having to crowd in or around the truck.

WCCS President Dr. James Mitchell joked that he was in the wrong business.

“When I see how much money these truck drivers make, I should be getting a license,” Mitchell said.

WCCS Technical Department Chair Calvin Griffin pointed out the benefits of having a CDL simulator to students.

“This simulator will play a major role in our CDL program because it will allow students to practice easing off the clutch, and shifting gears while saving on fuel cost,” Griffin said.

“The simulator will also save the cost of transmissions and clutch replacements on our trucks because 80 percent of our students have never driven a standard shift before.”

The simulator contains a seat and truck dashboard with a steering wheel. There are three large screens that show where the truck is going and what is happening. The brakes on the simulator are heavy, similar to an actual truck. The simulator will move and shift as it is driven.

The simulator is heavily customizable with control of many different aspects and scenarios including weather, traffic, road rage, terrain, truck loads and wind. It also contains practice videos and scenarios

to help hone different specific skills such as parallel parking and going in reverse.

Wiley Sanders, Budweiser and CRAIG were among the businesses that each had a representative at the press conference. Griffin praised the local businesses for proving WCCS students jobs after graduating.

The Walton Theater Selma will hold a grand re-opening ceremony on Friday morning. The ribbon-cutting ceremony will be held at... read more