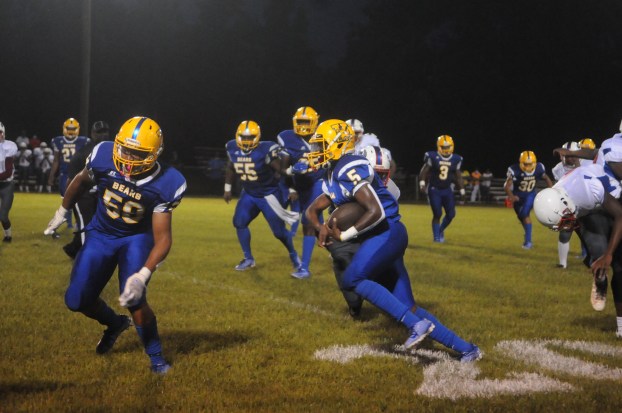 Quarterback Terrell Lumpkin accounted for three first-half touchdowns as the Bears rolled to  a 56-0 victory on Friday night at J.V. Caldwell Field in Orrville.

Lumpkin scored on a 3-yard touchdown run, threw a 40-yard TD pass to Jeffrey Cochran and a 8-yard scoring to Quintais Woods.

Defensive back Jayln Jones scored on a 60-yard interception return and Saderrion Ruebin added 80yard TD run as the Bears jumped out to a 19-0 first quarter lead and 32-0 at hallftime.

Keith head coach and Athletic Director Anthony Lumpkin was pleased with the victory, but saw plenty of things to work on.

“We played alright, but we still have things to correct,” Anthony Lumpkin said.

Lumpkin, Jones and Ruebin also scored in the second half for the Bears.

Keith played its reserves in the final quarter.