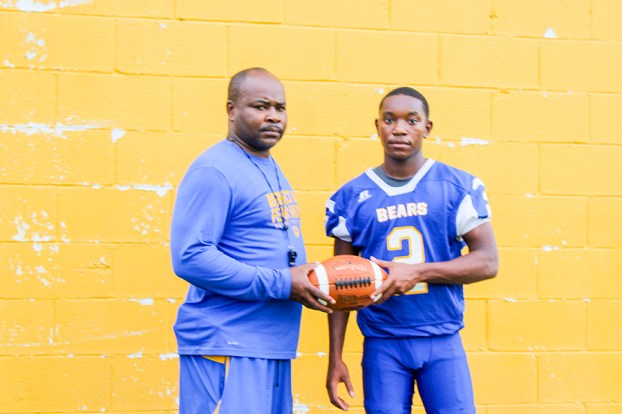 Prep football gets underway in Dallas County on Friday night

Selma head coach Will Gandy had a change of heart late last week.

With the season opener at Stanhope Elmore drawing closer, Gandy found himself wishing the Saints had two or three more weeks of practice before beginning the season.

“But after finishing strong last week and having a strong practice Monday, I feel like we’re right where we need to be starting the season,” he said.

“We have a long way to go. We have a lot of younger players we’re going to play. I feel we’ve worked hard this summer. We started out this spring and had a great spring. This is the first summer and spring we’ve had since I’ve been here. They’ve been working hard, getting better, stronger, faster.”

Gandy is entering his third season at Selma and is still waiting to see his squad score its first points against the Mustangs. Stanhope Elmore accepted a COVID-19 forfeit from Selma last year, but it’s the 2019 matchup, a 24-0 loss, that has his team motivated heading in Friday’s 7 p.m. matchup.

“The last time we played Stanhope Elmore, we didn’t score a point, so we’re definitely looking forward to this game,” he said.

Both teams are coming off playoff appearances last fall. The Mustangs went 5-6 and finished third in Class 6A, Region 3 before losing to Eufaula in the first round of the postseason.

Selma closed 7-5, finished second in 5A, Region 3 and reached the second round of the playoffs before falling to St. Paul’s.

Gandy said the Mustangs are a quality opponent.

“I expect a well-coached football team, a fast and physical football team on defense,” Gandy said. “They have an excellent staff. They have a great head coach (Brian Bradford). He always has the guys ready to play. I definitely look for a strong run game from them.”

Gandy said stopping that run game will be among the keys for the Saints on Friday.

“We’ve got to swarm and tackle and not give up big plays,” he said. “They have a couple of guys who can make plays. We’ve got to win first down on both sides of the ball.”

Evangel Christian at Meadowview: Meadowview will be trying to break a 34-game losing streak that dates to 2017.

“As long as our kids play hard … that’s all we can ask out of them,” Sellers said. “Our goal this year is to shock some people and break that losing streak and go to the playoffs. The biggest gift you can give to anyone is believing in them, and I believe in our kids.”

Dallas County at Helena: The Hornets will open the 2021 season against a Huskies squad that closed 7-5 a year ago and reached the second round of the 6A playoffs. That record included a 43-0 win over Dallas County.

Douglas Laister will be making his debut as head coach of the 4A Hornets. Dallas County went 3-7 and missed the playoffs a year ago.

Look for the run game to be a big part of the Hornets’ offense.

Keith at Wilcox Central: Wilcox Central will take the field for the first time since 2019 after its 2020 season was wiped out by the pandemic.

Keith, meanwhile, is looking to build off an 8-4 campaign that included a trip to the second round of the state playoffs in 1A.

“We did something we haven’t done in a while in getting to the second round,” Keith head coach Anthony Lumpkin said. “We’re trying to get them to maintain and be composed and execute the things we practice, and hopefully, things will come out in our favor.”