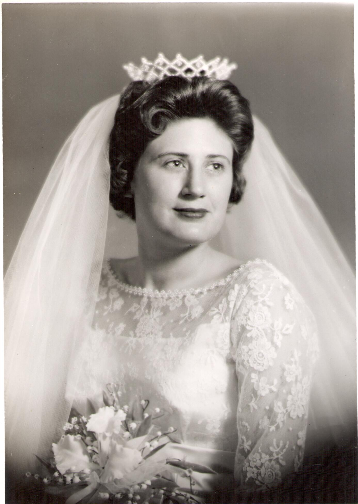 Mrs. Barbara Hubbard Hungerpiller, age 85, died after a long illness Saturday 8/14/2021. She was born April 24, 1936 in Talladega, to Mary Crumpton Hubbard and Lawrence Thornton Hubbard. She had one younger sibling, James Mitchell Hubbard (1943-2009). Barbara grew up on the family farm in south Dallas county Alabama and attended area public schools. She graduated from Selma High School in 1954 and Huntingdon College in 1958 with a BA in Home Economics. She started her career working in Atlanta, for the U. S. Government on the Oral Polio Vaccine project with the Centers for Disease Control and Prevention (CDC). While working in Atlanta she met her late husband, Ralph M. Hungerpiller. They were married 41 years until his death in 2002. Barbara and Ralph settled in Hickory, North Carolina in 1961 and raised two sons. A Godly woman indeed, Barbara knew no stranger and helped every where she could. She volunteered for numerous community projects, charities and chaired many. Barbara was a member First Presbyterian Church of Hickory, NC for over 50 years. She loved animals and especially her small white Maltese dogs. Those that knew her can share dozens of stories. She loved nature’s natural beauty and especially the NC Mountains where she worked in Blowing Rock by the park selling fabric for nearly two decades and retired in Linville, North Carolina.

Barbara was kind and loving (John 15:12) with a unique determining spirit. She loved to travel, take pictures and spend time with family. She will be remembered not only as a woman of outstanding character and undying love but as a woman who loved others for who they are regardless of their circumstances. Life is short so “Make the Most of It!” she would often say and know that “God Winks at You” when you least expect it.

The family is deeply grateful to the caregivers who have sacrificed so much to help, especially Maria, Connie, Paula & Nikki.