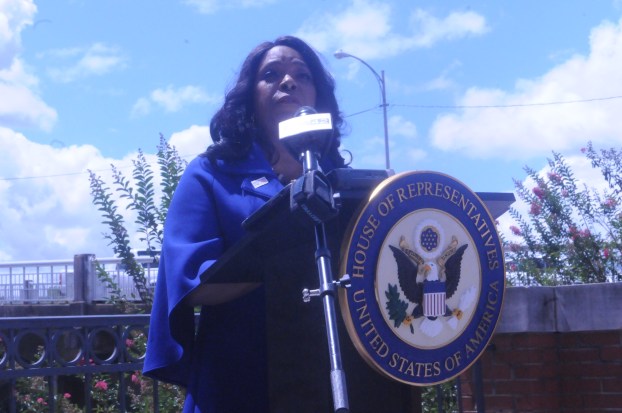 “As a native of Selma and the Representative of Alabama’s Civil Rights District I knew there was no place more befitting to announce the introduction of H.R. 4 – The John R. Lewis Voting Rights Advancement Act than the Edmund Pettus Bridge,” Rep. Sewell said. “This is a great day for Selma.”

The Voting Rights Act of 1965 (VRA) ensured equal access to the ballot box for Black and minority voters by requiring states and localities with a history of voter discrimination—as determined in Section 4—to obtain pre-clearance from the Department of Justice before making changes to their voting laws. However, in its infamous 2013 decision in Shelby County v. Holder, the Supreme Court’s conservative majority struck down Section 4, arguing that voter discrimination was an issue of the past and that the formula used to determine which states and localities were subject to preclearance was outdated.

The events of Bloody Sunday led to the Voting Rights Act of 1965, signed by then-President Lyndon B. Johnson.  Lewis,  F.D. Reese and Amerlia Boynton Robinson were among those who participated in Bloody Sunday.

“The right to vote is the most sacred and fundamental right we enjoy as American citizens and one that the Foot Soldiers fought, bled, and died for in my hometown of Selma, Alabama,” Rep. Sewell said.

“Today, old battles have become new again as we face the most pernicious assault on the right to vote in generations. It’s clear: federal oversight is urgently needed. With the John R. Lewis Voting Rights Advancement Act, we’re standing up and fighting back.

“By preventing states with a recent history of voter discrimination from restricting the right to vote, this bill restores the full promise of our democracy and advances the legacy of those brave Foot Soldiers like John Lewis, Amelia Boynton, FD Reese and many others who dedicated their lives for the sacred right to vote. I’m proud to be introducing this bill today and look forward to its swift passage. Our democracy is at stake.”

Sewell said that she expects the vote will pass in the House of Representatives and could face hurdles in the Senate.