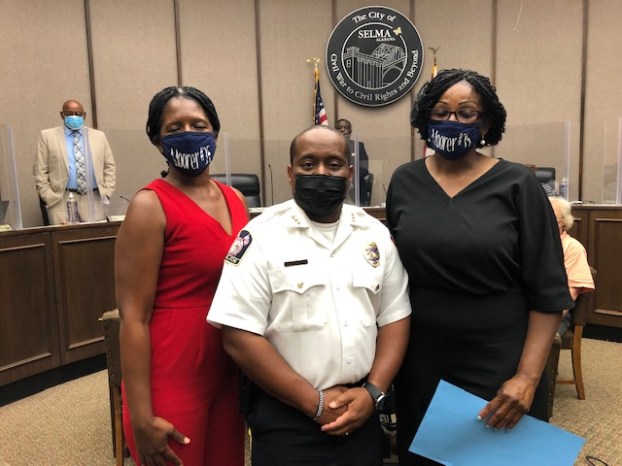 The City of Selma presented a proclamation to the family of Selma Police Officer Marquis Moorer on Tuesday night at City Hall.

Perkins, who did not attend the meeting, informed the city council at the work session last week that he talked with Moorer’s family.

The city council and the audience in attendance both gave a rousing standing ovation to Moorer, who was killed two weeks ago at Selma Square Apartments.

“Words can’t express the grief the city is going through right now,” Young said. “When something happens to Selma, it happens to all of us.”

Javonte Stubbs, the suspect in the fatal shooting, will have a preliminary hearing on Sept. 17 at 1 p.m. in the Dallas County Courthouse. Stubbs is a former football star running back at Selma High School.

A Selma man pleads guilty for child sex abuse from a case six years ago. According to Dallas County District... read more