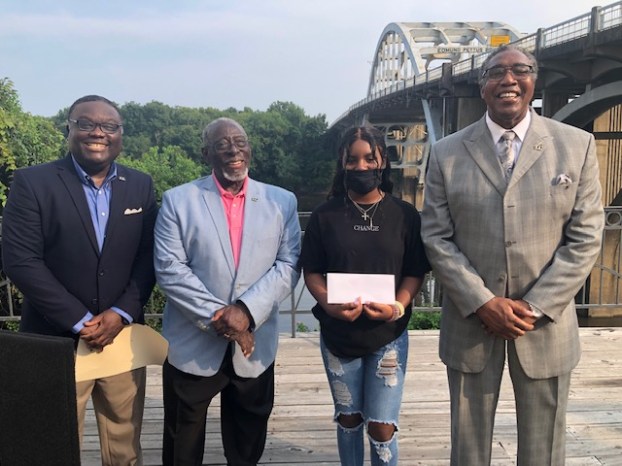 “We are grateful and thankful to all of our sponsors for making kids’ dreams come true to attend college,” 100 Men Selma President Billy Young said.

“We are thankful for the many years of service Dr. Jefferson has offered to the students of Selma/Dallas County,” Young said.

All of the scholarship winners will attend college next year.

White, Selma High Salutatorian, will major in Journalism at the University of Alabama. She is tha daughter of Selma City Councilwoman Christie Thomas.

Martin plans to attend Alabama-Birmingham and Major in Criminal Justice.

Young, Johnson and Jefferson are founding members of 100 Black Men of Selma. Johnson serves as Chaplain of the group. The group was formed in 2016.

The group was officially chartered as a member in Phoenix, Arizona on Dec. 10, 2016. They have four main pillars — mentoring, education, health and wellness and economic empowerment.