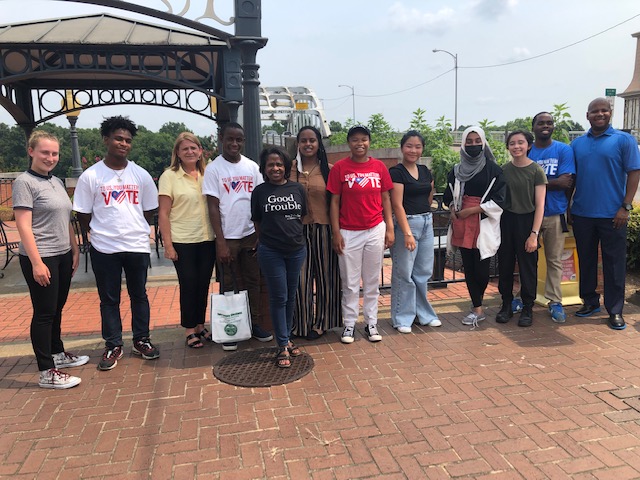 Members of the Martin Luther King Jr Freedom Center in Oakland, California dropped by the Queen City last week to explore the Civil Rights movement of the 1960’s.

Evans, a staff of MLK Freedom Center, said Selma doesn’t get enough credit for being a big part of the Civil Rights Movement.

“One of the areas we’ve been sleeping on in the movement is Selma,” Evans said.

Bohlke, Director of Government and External Affairs at the MLK Jr. Freedom Center, said being culturally engaged to racial injustice that took place during the Civil Rights movement that led to the Voting Rights Act of 1965 and Bloody Sunday.

Here is their link: https://www.loc8nearme.com/california/oakland/martin-luther-king-jr-freedom-center/6342255/