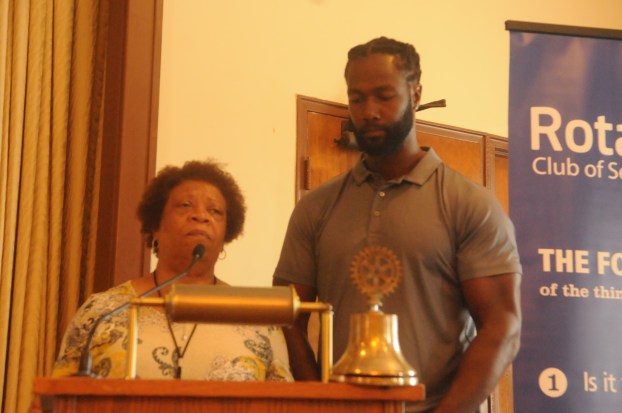 The Michael David Johnson Foundation will be hosting its annual Family Fun Day/Back to School Giveaway on Saturday at the Selma YMCA.

Music, water slides, face painting, games, bingo are among the games available for kids and adults.

School supplies will also be given out to the students.

The event was canceled last year because of the COVID-19 pandemic, but Thomasine Johnson, Johnson’s mother, expects a big event this weekend.

“The pandemic stopped us last year, but we will make up for it this year,” Thomasine Johnson said. “We’ve got activities for the whole family to enjoy.”

“We brought in different partners because we can make this a bigger event,” Thomasine Johnson said.

“It’s a chance for us to embrace as a community, we have to support each other,” Michael Johnson said. “It’s cool being a mentor to the kids.”

Thomasine Johnson, Secretary/Treasurer of the Michael D. Johnson Foundation, said her son’s presence will be a big boost to the event.

Michael Johnson often had to get ready for NFL training camp during most of his time with the Cincinnati Bengals.

“We’re very fortunate to have Michael with us and we’re thankful,” Thomasine Johnson said.

Johnson graduated as Valedictorian at Dallas County High School in 2005,

played at Georgia Tech and enjoyed a 10-year NFL career.

Johnson was an All-ACC standout and third-round draft pick who later earned a degree at Georgia Tech.

Cincinnati picked Johnson in the third round of the 2009 NFL Draft. He spent the 2014 season with the Tampa Bay Buccaneers.

Johnson, who works as a mentor at the YMCA, said he wants to open a business in Selma in the near future.

The Selma City Schools Nutrition Program was awarded a grant from Share Our Strength’s No Kid Hungry Campaign during the... read more