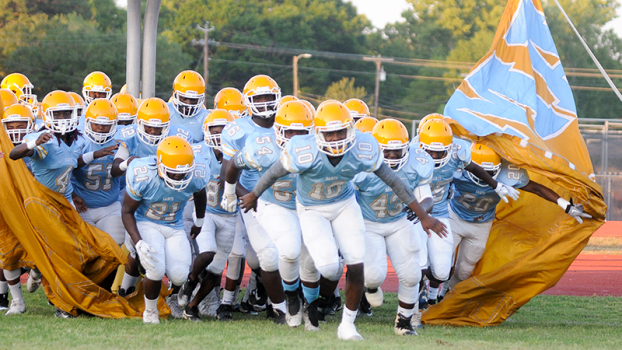 The Selma Mayor’s Office and the City Council reached a resolution on Friday to repair Memorial Stadium.

At a Special Called meeting, the city council passed resolution 162-20/21 which provides $24,800 to replace bleacher seating in sections F-J at Memorial stadium.

In Mayor James Perkins Jr.’s Mayor report, the bleachers will be repaired along with other damages caused by Hurricane Zeta.

City Council President Billy Young, who did not attend the Special Called meeting, said he’s glad that both sides are working toward a solution.

“I support decisions that are in the best interest of all of our citizens,” Young said. “It is my hope that all parties can move forward and resolve other issues that plague our fair City in a legal, ethical, and moral manner.”

Selma High School Athletic Director  Katasha Turner said she is pleased that the city officials are working together.

“We will have  football this fall, thank you City of Selma and  Selma City Schools  as  we continue to partner to make  the city and community excellent,” Turner said.

Parks and Recreation Director Dr. Denisha Hendricks came up with a proposal on June 15 to get the stadium ready for Selma High’s season opener next month.

Hendricks said it would cost less than $100,000 to repair the bleachers. At the City Council Work Session on July 8,  Hendricks said that a surplus vehicle and football equipment for the youth football league would also be needed.

Selma High, coached by Willie Gandy, is scheduled to host Southside in its home opener in the Queen City showdown on Aug. 27.