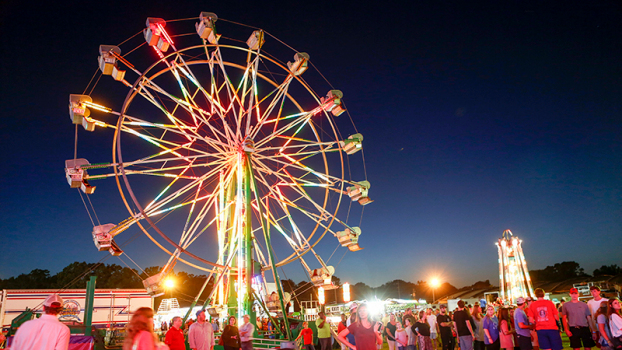 The Central Alabama Summer Festival will be held next week at Lion’s Fair Park.

The event starts Wednesday, July 21 and runs through Sunday, July 25.

The price to enter the gate is $5. Armbands will cost $25 each night.

Central Alabama Fair President Russell Haskell said that it’s the first time a festival will be held during the summer.

Over 20 rides on the midway, games, food will be at the festival.

No exhibits and beauty pageant, which usually is held at the fall in the fall, won’t take place.

“It will be more of a festival, than a fair,” Russell Haskell said.

“You can’t have animals, agriculture and exhibits because it’s too hot,” John Haskell said. “That’s why you can’t call it a fair.”

“We have a new Amusement company this year and July was the only date they had available,” Russell Haskell said.

Russell Haskell said they plan to bring the fair back during the fall of 2022.

The Drug Free Communities of Dallas County was rewarded by the White House. The DFCDC received a $250,000 grant from... read more