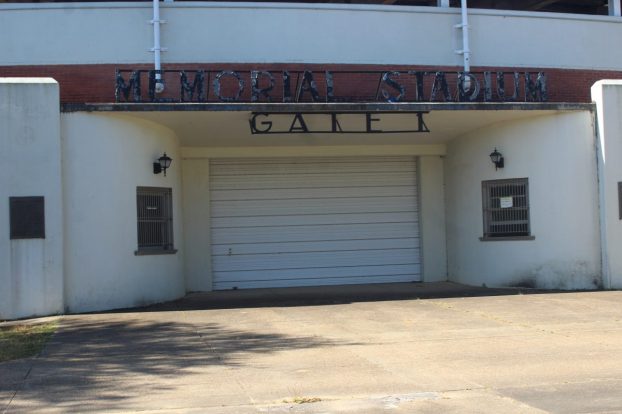 Memorial Stadium is in need of repairs. James Jones|Times-Journal

The Selma City Council tabled a resolution for Declaration of Emergency Status to repair Memorial Stadium on Tuesday night.

Councilwoman Jannie Thomas recommended that the resolution get taken off the consent agenda. She questioned City Attorney Major Madison on the stadium being declared an emergency, especially since Hurricane Zeta made landfall after eight months.

“I’m puzzled by the timing of it,” Thomas said. “After eight months, why is this still an emergency?”

Madison replied. “The public health, safety and welfare and the immediacy date makes it a declaration of emergency,” he said.

Selma Mayor James Perkins said he asked Parks and Recreation Director Dr. Denisha Hendricks to come up with a proposal to get the stadium ready for Selma High’s season opener next month. The plan got started on June 15.

“The only way to get it done in August is to declare an emergency,” Perkins said. “It was the only thing that the school asked us to get done.”

Hendricks said it would cost less than $100,000 to repair the bleachers. At the City Council Work Session,  Hendricks said that a surplus vehicle and football equipment for the youth football league would also be needed.

Madison, Thomas and City Councilman Clay Carmichael each contacted the Alabama League of Municipalities about the resolution. Madison and the Council received different answers.

Thomas and Carmichael both said that the League of Municipalities advised them not to move forward with the resolution because the council would be breaking the law if they approved.

Madison said the league told him that the decision was up to the City Attorney.

Perkins threw up his hands in frustration.

“We’re trying to meet a deadline, no body’s asking you to break the law,” Perkins  said.

“The stadium is a mess, we couldn’t have graduation there,” James said. “We’ve got an emergency situation for these kids.”

Selma City Council President Billy Young said it would be best to table the resolution.

After the meeting, Carmichael said he’d talk with Hendricks and try to find a solution.

“It’s not my intent to drag anybody down, nor the city as a whole,” Carmichael said.

The American Rescue Plan and Census were among the biggest subjects at the Dallas County Commission meeting on Monday. The... read more