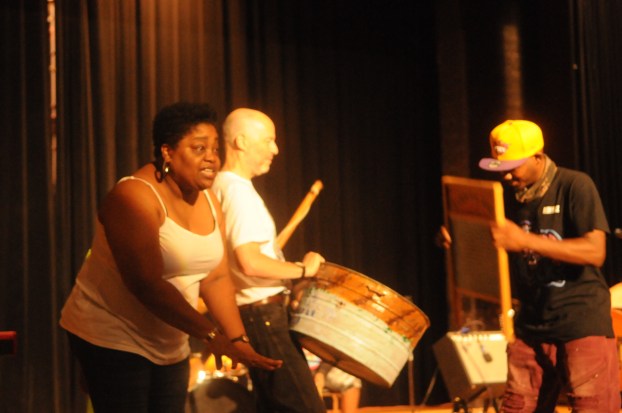 Selma City School students received a history lesson in Blues music on Thursday at the School of Discovery Genesis Center.

The SCS xSEL Summer Program worked with the Alabama State Council on the Arts and the Alabama Blues Project Band to put together the program.

The show was also part of the Summer of Restoration project, a partnership between the Mayor James Perkins’ Office and Selma City schools.

“The SCS xSEL Summer Program is designed to offer a holistic approach to maximizing student outcomes,” Ford said. “In addition, STEAM education is an educational thrust for the school district with the Arts embedded.”

Bond said it was an honor performing and educating the Selma City students at the hour long event.

“It means the world to me to share with young students the importance of blues music as the roots of American contemporary music,” Bond said. “The music came out of extreme hard times and has transformed the world music. It is healing music.

“This music was created right here in places like Selma. Alabama blues have been overlooked. This legacy is so important to be known. Bessie Smith was discovered in Selma.

“Jelly Roll Morten spent time performing there. There was a thriving blues scene over the soul blues decades. So many greats are from the area past and present. I believe even currently soul blues great Mose Stoval is from Selma. Everyone knows about Mississippi blues, but Alabama has a rich heritage that has been overlooked.”

Shines has a legacy to the blues. She is the daughter of the late blues legend Johnny Shines who traveled with Robert Johnson.

Lee is a drummer from Birmingham. Asheron, a multi-talented instrumentalist, is married to Bond.