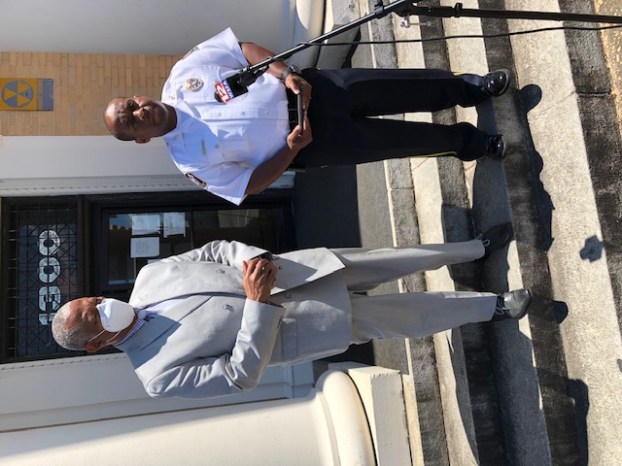 Perkins and Selma Police Chief Kenta Fulford for their arresting seven of the 10 murder suspects. The SPD are also working to arrest the other suspects connected to the other three fatal shootings.

“The purpose of this press conference is to let the public know that we have arrested seven of the murder suspects,” Fulford said.

LeMarty Pope, AKA Vamp, was arrested Tuesday afternoon. in connection for the shooting of Anthony Howard on May 24 at the 1200 block of Tremont Street. He remains in the Dallas County Jail under no bond.

“Getting seven out of 10 means there’s great progress,” Perkins said. “With limited resources, we’re continuing to make progress. We wanted to make the public aware that we’re making progress.”

Perkins said that cutting down on violence sits atop his agenda for the Queen City.

“I want the public to be patient and urge everyone to take a deep breath and find other ways to relieve stress and depression,” Perkins said.

A Selma man was sentenced to 25 years each on a pair of murder charges on Monday in the Dallas... read more