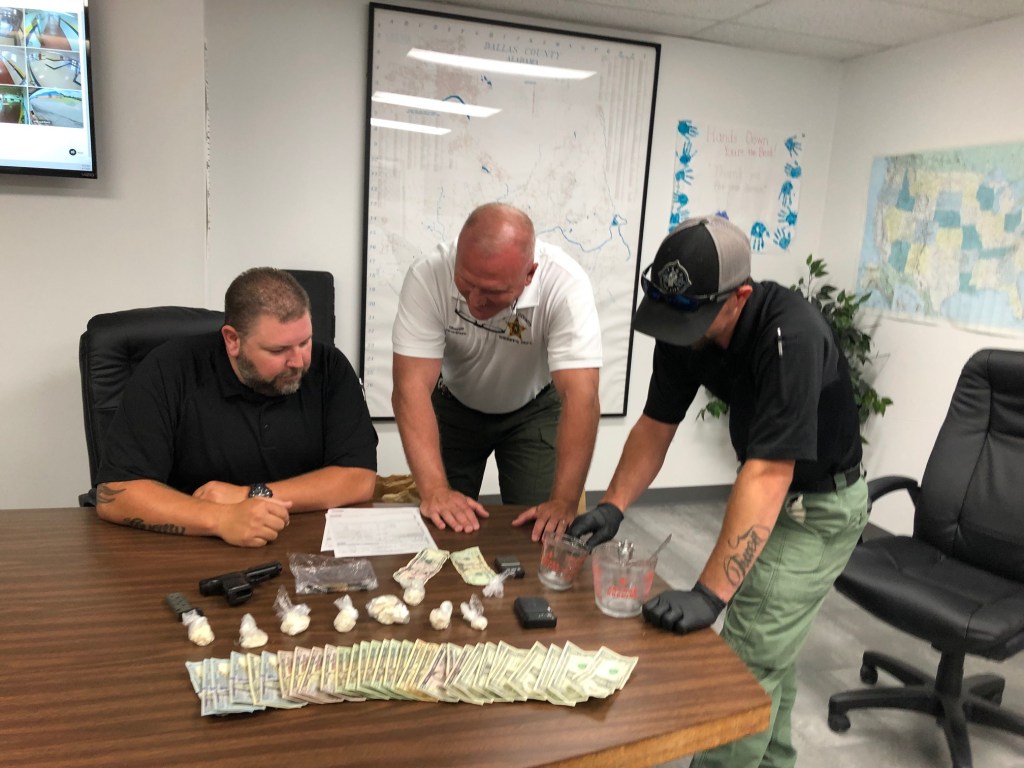 Allen was charged with unlawful distribution of a controlled substance, trafficking cocaine, attempting to elude, tampering with evidence and resisting arrest. His bond totaled over $1.5 million and he remains in the Dallas County Jail.

The SAFE Task Force, which consists of the Dallas County Sheriff Office, ATF, Drug Task Force, was assisted by the Chilton County SWAT team on the arrest.

Granthum said that Allen has a previous arrest record, including being on Federal probation, unlawful possession of controlled substance, trafficking. He also said that Allen was out on bond for a 2011 murder charge.

“The TASK Force is working the streets four to five nights a week and that means we’re staying on it,” Granthum said. “The people in Selma and Dallas County are tired of drugs, murder and shootings.”