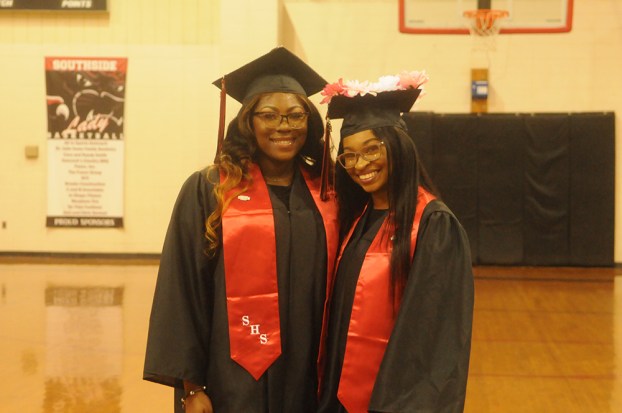 Two cheerleaders were the top students in the graduating class at Southside High School.

Valedictorian Alexis Dixon and Salutatorian Taniyah Williams led Southside’s Class of 2021 on the field at Panther Stadium on Wednesday night.

Dixon, who will attend UAB and pursue a health career, said she was honored to finish as the school’s top senior. She was also part of the Educational Talent Search at Wallace Community College-Selma.

“Being the Valedictorian means a lot to me, it showed that all of my hard work paid off,” Dixon said. “I participated in a lot of activities and was still valedictorian.”

Williams, who plans to attend South Alabama, said she was surprised to earn the Salutatorian honor. Her other activities included being in the school band.

“I didn’t expect myself to be named Salutatorian, and it means a lot to me,” Williams said. “I managed to do extracurricular activities and still finished second.”