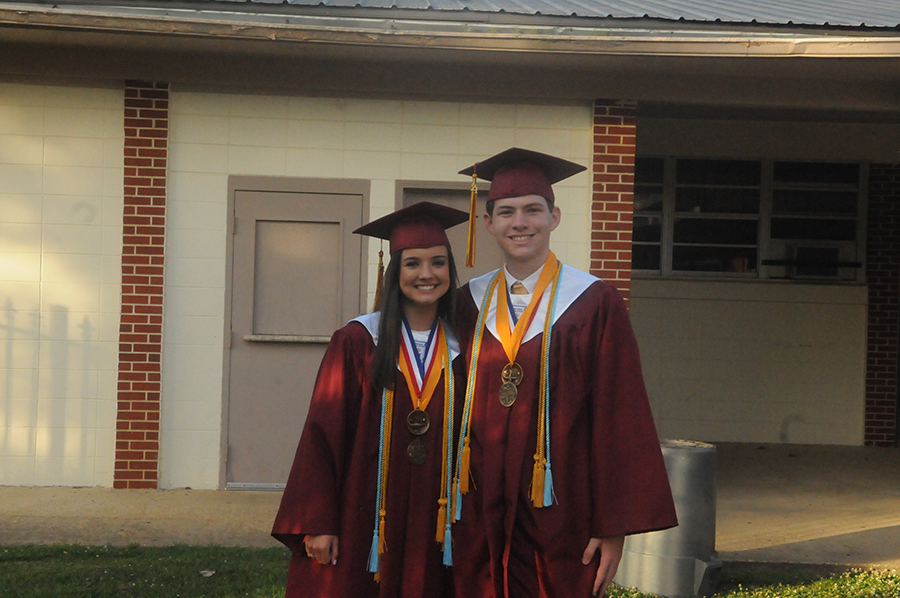 Hasten Bridges and Grace Wilkinson appreciated the journey to finish atop Morgan Academy’s senior class of 2021.

Bridges was named the Class Valedictorian and Wilkinson named Salutatorian on Thursday night at Morgan Stadium.

The road to becoming Valedictorian was an adventurous one for Bridges, who finished with a 4.24 GPA. He will attend Auburn University and major in Chemical Engineering.

“I feel honored being the Class Valedictorian,” Bridges said. “It’s been a journey to get to the top. I’m really excited for the future.”

Wilkinson received a second honor, earning the Stacey Russell Memorial Scholarship. She finished with a 4.24 GPA and will attend Auburn, majoring in Biology.