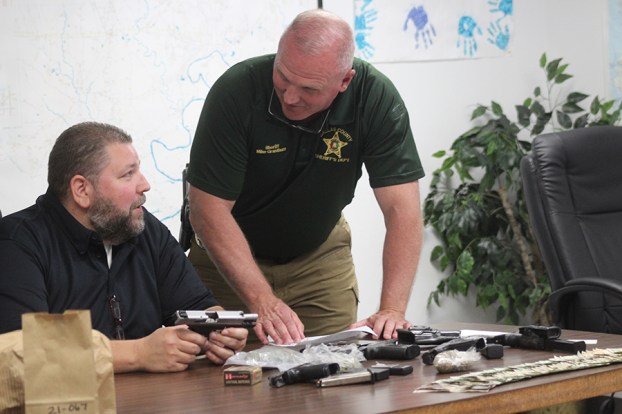 Here are the arrests:

-Kalvin Monroe, 36, was charged with possession of controlled substance, $15,000 bond, made bond.

-Bernard Mitchell, 23, was charged with first-degree possession of marijuana, carrying and possessing a weapon or gun, $16,000 bond, made bond.

Dallas County Sheriff Mike Granthum said scales, five firearms, marijuana and crack cocaine were found when the suspects were arrested. He also credits the SPD for their help in the arrests.

“We’ve gotten calls about illegal gambling and drugs and the SAFE TASK is cleaning up high crime areas in Selma,” Granthum said.