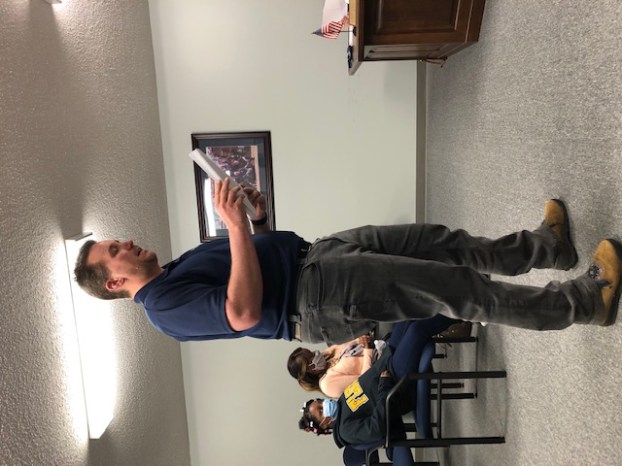 Will Barrett of Civil Southeast spoke at the Valley Grande City Council meeting on Monday night.

Barrett addressed the council about applying for the TAP Grant and gave them information about the application. The deadline to apply is May 28.  He also showed the council a map of the city.

Barrett also said the second round of the ALDOT Rebuild Alabama Act Award is underway. Results of that grant will be known in July. Valley Grande applied for one.

“Valley Grande has come a long way since 2003,” Barrett said.

-Councilwoman Sara Day said work on the walking trail is underway. Day said that the electrical work is done and Keith Chandler will repave the asphalt on Thursday. If it rains, Day said the asphalt will start next week.

-The council approved paying for a fireworks show on July 3 at Valley Grande City Park.

-Valley Grande resident Kesia Smith spoke in the public comments portion of the meeting. Smith, a neighbor of Davidson in Heritage Park Subdivision, spoke about conditions of two properties between her home.

Labbe recommended that Smith speak to the Alabama Health Department about the situation. Labbe told Smith that the city couldn’t do anything because the city doesn’t have an ordinance, judicial system and police department.