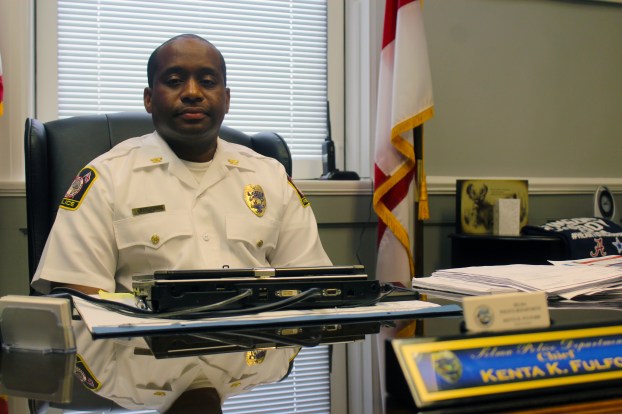 In a letter addressed to Selma Mayor James Perkins Jr. and the Selma City Council, officers with the Selma Police Department (SPD) took issue with the leadership of SPD Chief Kenta Fulford, expressing a vote of “no confidence” in the chief and calling for him to be “removed from his position.”

The letter, signed “Selma Police Department,” which includes no officers’ names and makes no specific allegations regarding wrongdoing by the chief, notes that it is an “official notice regarding no confidence” in the chief.

“We, the Selma Police [Department’s officers,] write this letter in great hesitation, and only after much discussion and contemplation,” the letter stated. “We hesitate because we consider ourselves a team and dedicated [officers], and it goes against our nature to break the chain of command.”

Further, the letter notes, the unidentified officers “fully believe” that if the letter fails to garner the “desired result,” which is Fulford’s removal from his post, then “there will most certainly be retaliation, be it overt or subtle.”

The letter alleges that over the “past several months,” officers have been “disheartened” by the chief’s actions, though no actions are detailed, and asserts that he has tested officers’ “willpower and confidence in his skill to adequately lead” the department.

“Under his leadership, [morale] has plummeted to depths never before seen at this agency,” the letter stated.

The letter goes on to “call [into] question” Fulford’s leadership qualities.

“During his tenure as [chief,] we have seen numerous instances where Chief Fulford has had information brought to his attention regarding employee issues, yet he exhibits ignorance as his defense,” the letter asserted. “This indicates to us that he either lacks interest in the [day-to-day] operations of this department, or more plainly, that he simply does not care about the officers in his department.”

Further, the letter accuses Fulford of displaying dishonesty, which “[ranges] from communications between officers, claiming ignorance, all the way into his personal life.”

“In closing, we would like to remind you that we are bot troublemakers, malcontents, or disgruntled officers,” the letter said. “We are the members of the Selma Police Department, who have given our heart and souls to this department. Our dedication to the citizens of Selma and to our department gives us courage to write this difficult letter. Our agenda is strictly based on the well-being of the Selma Police Department so that we may provide the greatest level of service to much deserving members of this community.”

For his part, Fulford opted not to comment on the letter and Selma City Council President Billy Young stated that “it’s best practice for us to not go running off at the mouth” when it comes to issues regarding city employees.

Perkins, on the other hand provided a brief statement via text message regarding the letter.

“I will meet with the department’s leadership,” Perkins said in the message. “As far as I am concerned, the matter is resolved.”

Perkins did not respond to a follow-up request for clarity regarding how the matter is resolved at this point.