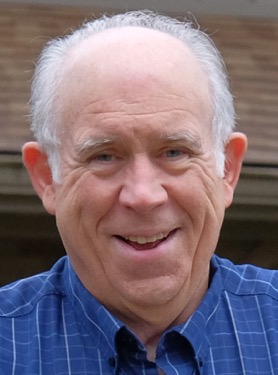 Walter Lain Mills, Jr. (W.L.) was born 11/23/1949 in Mobile, to Pauline Little & Walter Lain Mills. He grew up in Selma, graduated from A G Parrish High School and attended Auburn University earning a BS degree in Forestry. W.L. was commissioned into the Navy after graduation, serving aboard the USS Denebola until being sent to Purdue University to teach ROTC and retired with a rank of lieutenant.

He earned a Masters and PhD in Forestry Economics while at Purdue, graduating to teach at Auburn University for 3 years, before being wooed back to Purdue. W.L. served as a professor at Purdue in the Forestry Department and Director of Student Service for FNR until his retirement in December 2015. Where he received numerous awards and accolades of excellence.

W.L. married his high school sweetheart, Mary Albrecht Mills, in March 1972, and they enjoyed 49 married years together: raising boys, grand kids and living life to the fullest together.

His pride & joy were his boys: Everette (Megan) Lafayette, IN; Brad (Meghan) Denver, Colorado; & Grant (Kelsey) Yakima, Washington. He was an adoring grandfather to his grandchildren: Jonathan, Harper, Grayson and Harrison. W.L. loved his three daughters-in-law like his own.

W.L. enjoyed sailing, kayaking and loved being with his family.  Participating in his “Old Farts” coffee group was a highlight in retirement. W.L. was an Eagle Scout, Member of Kappa Alpha Fraternity-College honor, Society of American Foresters at state & national level and member of Dixie Sailing Club. He attended Federated Church and later St. Andrew UMC in West Lafayette.