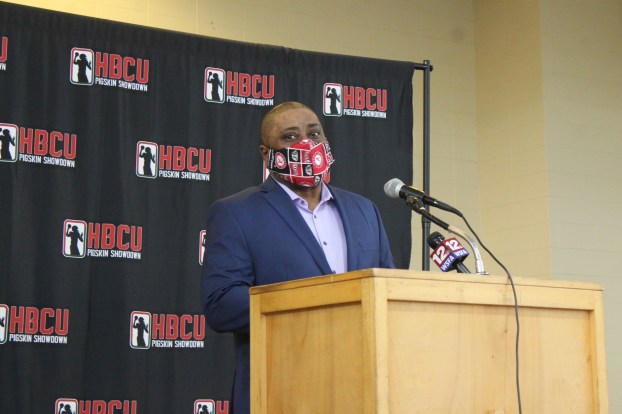 The HBCU Pigskin Showdown, a post-season all-star game for draft-eligible, college football standouts from Historically Black Colleges and Universities (HBCUs), slated to take place in Selma at the end of the year, recently announced that HBCUGO.TV will be the game’s official broadcast partner.

The Showdown’s first annual game is scheduled for Saturday, December 11, 2021, at Memorial Stadium.

“It is an honor and a privilege to be the media partner for the [first] annual Pigskin Showdown,” said HBCUGO.TV Founder and CEO Curtis Symonds in a press release. “Our goal is to provide exposure to top-notch talent from Historically Black Colleges and Universities but, as importantly, showcase the rich heritage of Selma as a cultural destination and celebrate the impact and legacy of a historic city that changed the narrative of the Civil Rights Movement globally.”

According to the press release, the game will “not only be a showcase for HBCU players in front of pro scouts, it will also be a week-long celebration of African-American culture, education and heritage by gathering fans and supporters of HBCUs from all over the country to historic Selma.”

“We aim to provide students, alumni and the greater community of HBCU enthusiasts with up-close and personal access to the HBCU Pigskin Showdown while also capturing the diversity of experiences, perspectives and aspects of ‘The Culture’ that exist only at HBCUs,” said HBCUGO.TV Co-Founder and General Manager Clint Evans.

According to the release, HBCUGO.TV delivers sports, entertainment, education and lifestyle programming “telling HBCU stories in HBCU voices” across more than 100 million digital and smart-TV households in the nation.

The network can be accessed on Roku TV, Amazon Fire TV and Comcast Big South in six southern states, as well as via Verizon Fios in the Dallas-Fort Worth, Texas area and online via the HBCUGO.TV website.

“We are honored to bring this event to the masses of HBCU supporters trough HBCUGO.TV,” said HBCU Pigskin Showdown Executive Director and Co-Founder Chris Williams in the release.

“We are looking forward to reaching a wide audience through the HBCUGO.TV platform,” added HBCU Pigskin Showdown Co-Founder and Director of Operations Bryant Grove.

Organizers of the game are hopeful that the burgeoning event will “help greatly in putting a spotlight on the many talented players” of HBCUs, which have seen their numbers steadily decline within the National Football League (NFL) since the 1990s.

The city celebrated its first F.D. Reese Day Monday, beginning with a series of presentations on the steps of Selma... read more