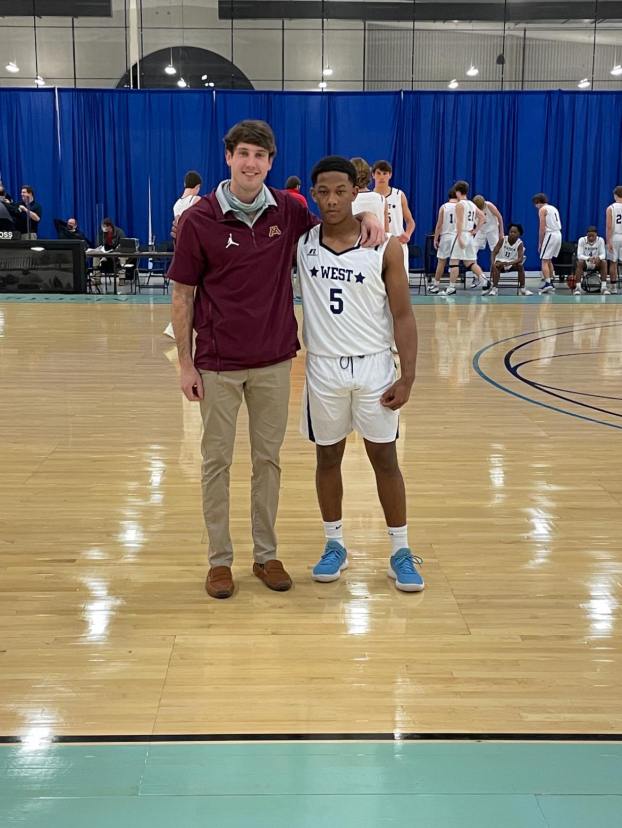 Meadowview Christian School and Morgan Academy both shined at the AISA All-Star basketball game last weekend at the Cramton Bowl multiplex in Montgomery.

Peoples, a candidate for The Selma Times-Journal player of the year, scored six points and grabbed six rebounds in the East 65-58 loss to the West.

“The game was very competitive,” Taylor said. “It was back and forth and the west side pulled away late in the game.”

“I had a blast coaching in the All-Star game,” Hutcheson said.

“I’m extremely proud of both of them on making the all star team,” Taylor said. “They were our leading scorers and rebounds on the team. They were both a big part of us winning the area and making the Elite Eight.”

Hutcheson said he was more proud to coach Gardner a final time at Morgan Academy.

Gardner, who averaged 11 points a game, helped the Senators reach the Elite Eight. He also played in the AISA All-Star Football game.

“I’m very proud for Chris to represent our school in the all-star game,” Hutcheson said.”He was a game changer for us all year and is very deserving of this honor.”

Southside and Keith were the only Dallas County schools to clinch berths in the Southwest Regional finals. Dallas County and... read more